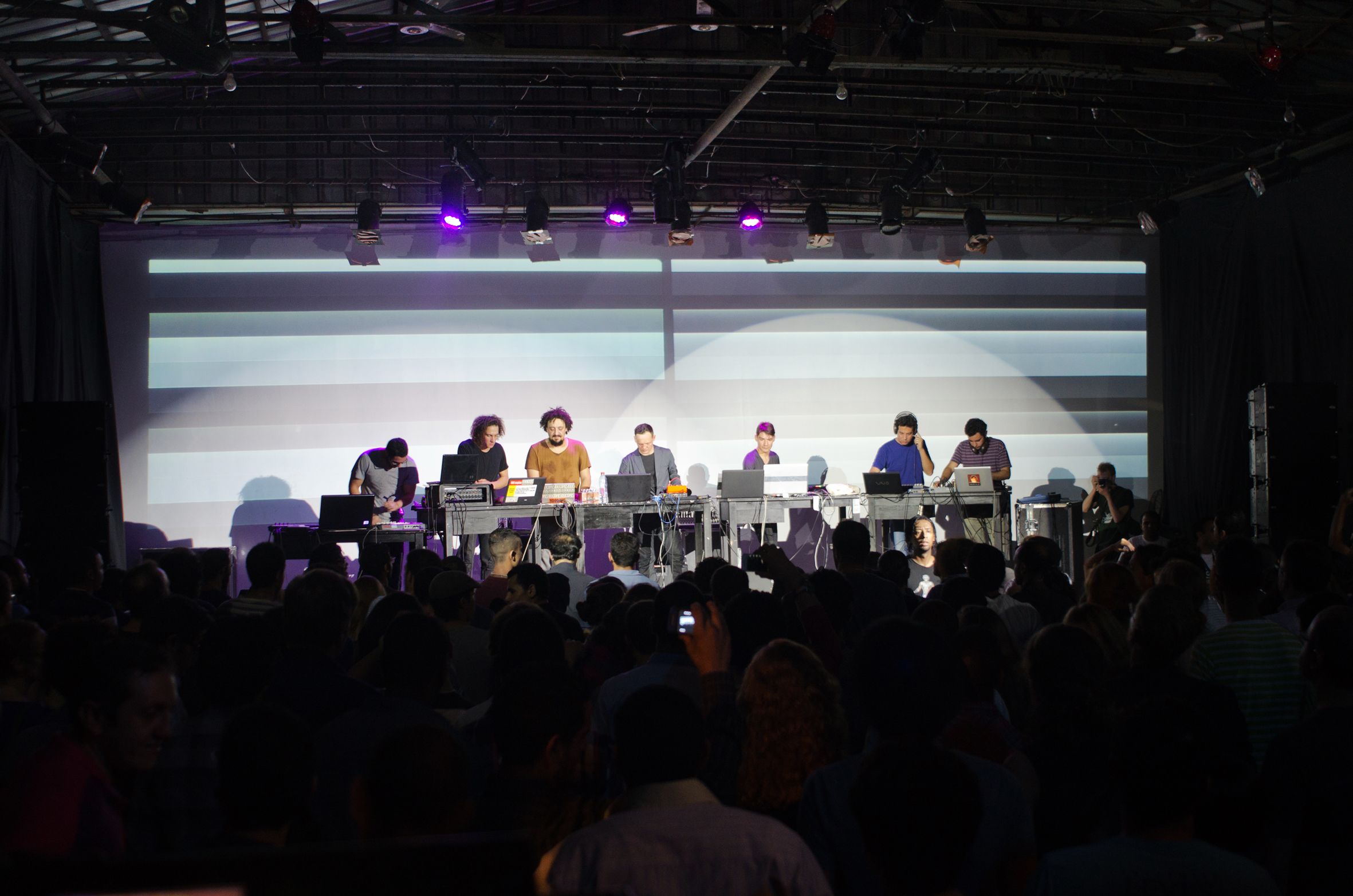 Two nationalities, seven musicians and a shared passion for electronic music came together for a concert that produced a small musical earthquake at the Rawabet Theater in Downtown Cairo.

On the Thursday 16 May the Egyptian groups Bikya and Wetrobots joined two electronic music musicians from Berlin, Alva Noto and Byetone (Diamond Version project), in a one-off jam concert organised under the aegis of the Ten Cities Project. Backed by the Goethe-Institute Cairo and 100COPIES, the event gathered a diverse audience that filled up the Rawabet Theater, a small concert hall reopened especially for the occasion.

The project is a collaboration between the Goethe-Institutes in sub-Saharan Africa, the Berlin collective Adaptr.org and the Centre for Postcolonial Studies at the University of Naples, and brings musicians from Europe and Africa together for jam-style concerts celebrating electronic music.
The musical improvisations will later be assembled in a CD to compile rare sample of unknown electronic music scenes. Along with the recording of the tracks, the Ten Cities Project also plans to publish a book based on researchers’ work on club music scenes and their subcultures.

In May, the musical project touched down in Cairo. German electronic musician Gerriet Schultz, with the help of the Mahmoud Refat, from Bikya, organised last Thursday’s concert. “The idea behind this project of Ten Cities is that we connect people. So that after the project is over, they will still work together,” the musician from Berlin said.

This was the premise for how Bikya and Wetrobots, two Egyptian bands made up respectively of Mahmoud Waly, Mahmoud Refat, Maurice Luca; and Ismail Hosny and Hussein El Sherbini, were introduced to the two Berlin-based musicians of the Diamond Version project. Next year, as a continuation of the Ten Cities Project, all musicians will be invited to perform in European electronic music scenes.

When asked about the project, Ismail Hosny from Wetrobots said it “gives different perspectives on our own music.” But the musicians also emphasised that their music is not far apart. “They are jamming together like musicians and they are playing the laptops like an instrument,” Gerriet Schultz said. According to him jamming means that “you have to communicate and you have to trust each other.”

And indeed on the stage last Thursday night, despite their long individual improvisations, the musicians kept in harmony allowing each individual to bring their own style to the final melody. Surprisingly the artists also brought a significant stage presence, moving on the rhythms while manipulating their computers.

Even those who sat down at the beginning of the concert were caught up in the music and joined in the club mood, while some were inspired by the rhythms and began to dance. The three bands ended their jamming concert with a round of applause, leaving the stage to Diamonds Version alone, who continued to play into the night.