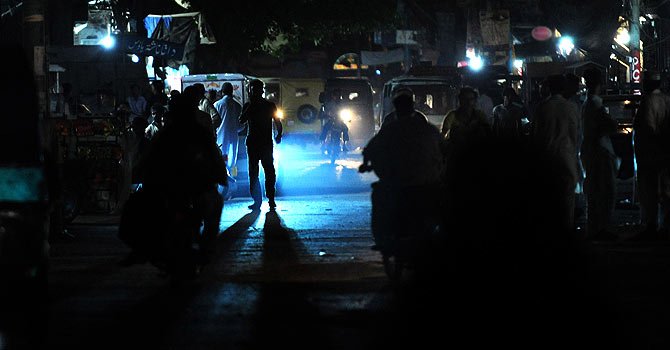 After last year’s wave of summer blackouts sparked a public outcry in Cairo, the seasonal electricity challenges have returned to the capital in force.

On Sunday, outages spread across Cairo districts due to a fault in the electrical lines connecting stations, said an official source preferring to remain anonymous.

“We haven’t yet started to apply the energy rationalisation strategy yet,” the source explained. “Electric stations in Egypt are unable to withstand high temperatures, and must be shut down to avoid burning out.”

The source also confirmed that the new budget and subsidies plan for electricity has yet to come into effect.

“We have a fuel shortage, especially in natural gas, used by 70% of electric stations to operate due to low diesel quality,” the source said.

The source explained that the government organizes citizens into clusters based on levels of consumption, providing the basis for its distribution of subsidies. If the consumption exceeds this predefined amount, the subsidy decreases accordingly.

“The electrical load in peak hours has noticeably increased since the beginning of summer,  leading to several outages in a number of regions,” the country’s Electric Utility and Consumer Protection Regulatory Agency (EUCPRA) said in a statement, adding that it “has been careful not to cut power in any region for more than half an hour to an hour”.

For the last two years, Cairo has experienced repeated power outages due to fuel shortages. Blackouts are expected to continue during summer 2013 as the national electricity network is estimated to be overloaded by around 2,500 megawatts on peak days.

Meanwhile, operations at Egypt’s North Cairo Electricity Distribution Company (NCEDC) have been shut down, as workers entered a fifth day of strikes, demanding  the release of their 17 arrested colleagues.

The striking workers are threatening to cut off electricity to districts of Cairo supplied by the state-run company, protesting worker Ahmed Adel told Ahram Online on Friday.

On Monday, the head of the Egyptian Electric Holding Company, called on a number of endowment imams to use their pulpits to boost citizen awareness of the need to eliminate wasteful consumption.

“If we rationalize 10% of electricity consumption, it will provide us with EGP 60m in fuel daily and prevent outages suffered by Egyptians during the summer period,” he said.

“It’s disappointing,” said Ahmed Mahmoud, an architect. “I work in Maadi, and during the last period of outages, we suffered blackouts three times a day, sometimes for an hour. It severely disrupts our work.”

Meanwhile, many have laid the blame at the feet of President Mohamed Morsi, citing his strategy as the main reason for the blackouts.

Outages have occurred in various governorates throughout the country. In Beni Suef on Friday, an hour-long blackout sent residents fleeing the baking temperatures in their homes.

In Gharbia last month, the governorate’s head of electricity, Ahmed El-Meassel, had warned of an upcoming four-hour outage from 8am to 12pm due to maintenance, according to state-run news agency MENA.