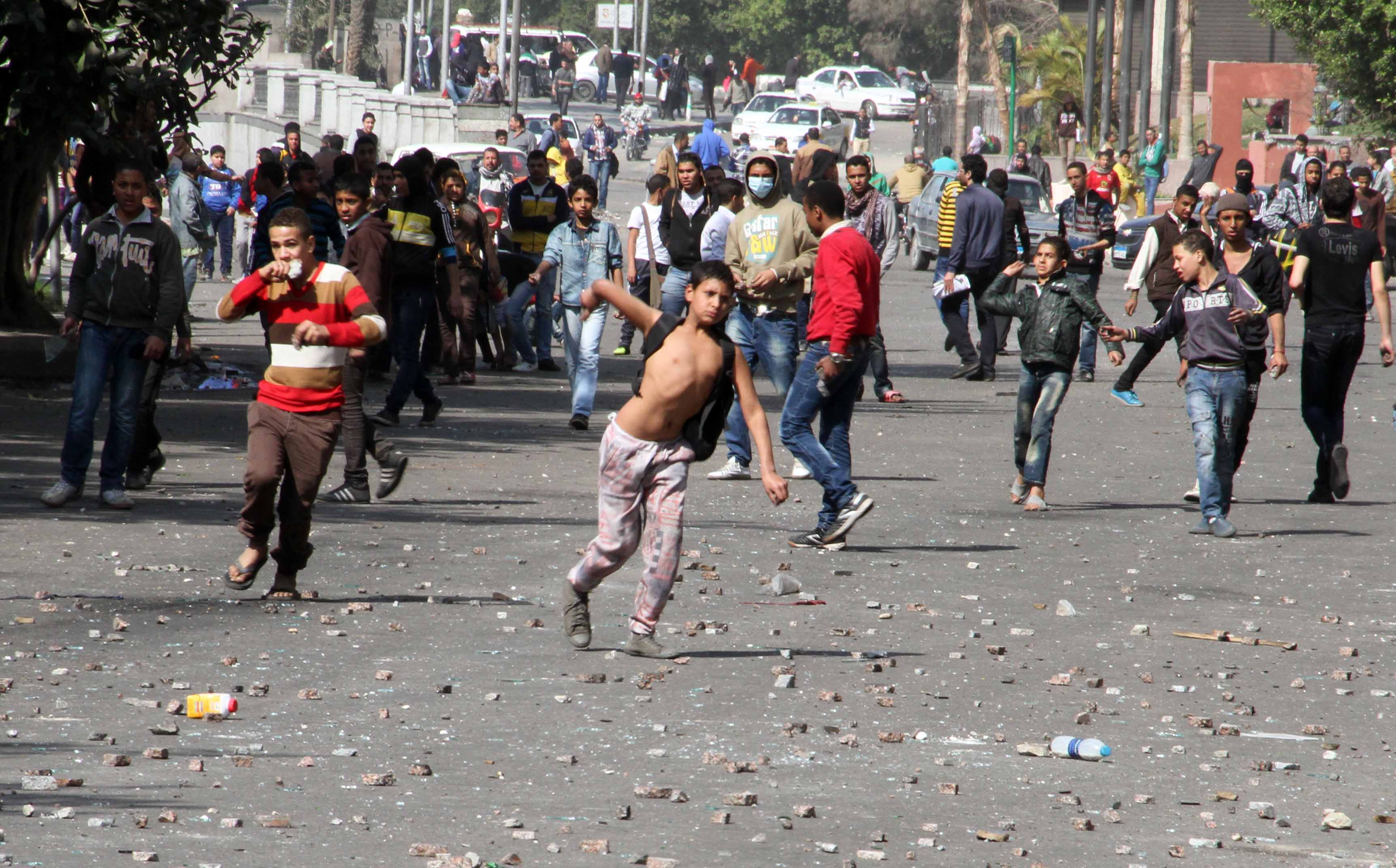 Investigations under the State Security prosecution represent a continuation of policies applied under the former regime, said the Egyptian Coalition on Children’s Rights (ECCR).

One of the detained minors, Abdel Rahman Abdel Wadoud, was taken from his house as police “overturned” the house looking for evidence, said his father Mohamed Abdel Wadoud.

Abdel Wadoud and six other minors were arrested on charges of being associated with the Black Bloc group, and have been detained for 32 days pending investigations.

“They were initially detained for 15 days, then their detention was renewed another 15 days, and now they are beginning their third 15-day detention period,” said Abdel Wadoud’s father, who has managed to visit his son at the Al-Marg Juvenile Penitentiary on a weekly basis since he was first arrested.

“We have constantly asked to see evidence or a list of charges, but they won’t tell us anything,” he added. “They won’t tell me what they think my son has done.”

“The coalition stresses that the manner in which the Interior [Ministry] and the government deal with children’s issues is one example of the inability to reach a solution for the problems of children and for the Interior Ministry to stop the indiscriminate arrest of children,” said the ECCR in its statement issued on Sunday.

The underage detainees, who have been detained since 19 April, are scheduled to remain in detention for another two weeks before the prosecution decides whether to continue their detention or release them.