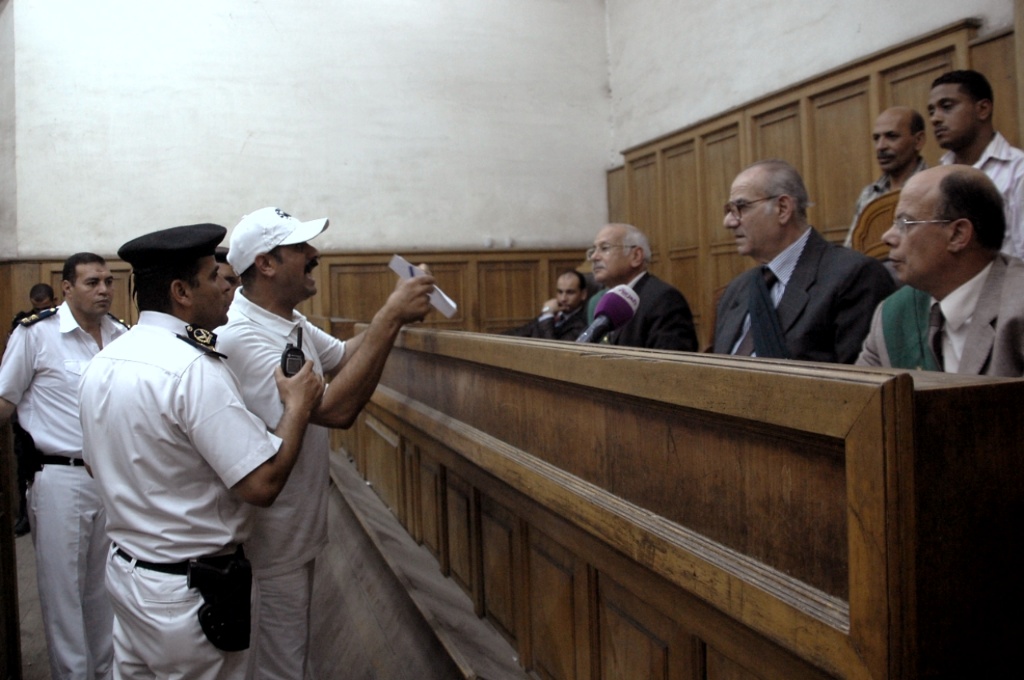 North Cairo Court in Abbaseya has postponed the trial of Mohamed Ibrahim Abdel Moneim, commonly known as Mohamed El-Sunni, to 18 June in order to summon relevant witnesses. The court also ordered on Monday that he remain in detention.

El-Sunni, a police officer at Al-Zawya Al-Hamra police station, was sentenced to 10 years in a maximum security prison for killing a protester during the 25 January revolution.

He later appealed the sentence and a court ordered his retrial.

El-Sunni is already serving prison time for other charges; he was sentenced to life in absentia for participating in the killing of 18 protesters and injuring three others on 28 January 2011, during the 18-day uprising against former President Mubarak. El-Sunni then turned himself in and the sentence was mitigated to five years imprisonment in a maximum security prison.

His lawyer has stated that he was near the entrance of the police station when his colleague, Abdullah Mohamed, was killed by protesters; thugs were attempting to enter the station to steal weapons, and thus the defendant was defending himself and the police station.

He added that El-Sunni had fired shots in the air to disperse the protesters, and did not shoot at them intentionally.

During the trial, El-Sunni asked the judge to let him out of the cage to show him an illustration of both his and the victim’s location in the police station, which the judge allowed.

The court listened to witnesses and ordered the summoning of two others who missed the trial on Monday; they were charged a fine of EGP 100 each for their failure to attend, according to state-run Al-Ahram newspaper.