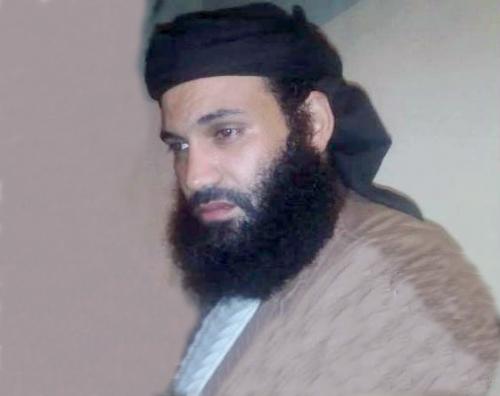 Twenty-year-old volunteer non-commissioned officer Corporal Ibrahim Sobhy Ibrahim of the Border Guards said that a prisoner by the name of Sheikh Hamada Abou Sheita topped the list of prisoners the kidnappers demand be released.

Abou Sheita was arrested in September 2012 after being sentenced to death in absentia on charges of attacking security forces in 2011. He was accused, alongside 25 alleged members of jihadist movement Al-Tawhid Wal-Jihad, of attacking an Alexandria Bank branch and Al-Arish Police Station. The attacks left one citizen and five security personnel killed, as reported by state-owned Al-Ahram.

Abou Sheita’s wife, Om Qassem, claimed that her husband was innocent of all charges. She said he received a life-in-prison sentence for being a “suspect” in the attack. “If my husband is a jihadist who carried out those attacks, how could it be possible for the police to easily arrest him from his house?”

Abou Sheita was arrested last September after eight security tanks surrounded his home. He was first arrested following terrorist attacks in Taba in 2004 and in Sharm El-Sheikh in 2005. His wife stated that it was former interior minister Habib El-Adly and former head of State Security Hassan Abdel Rahman who should be held accountable for the Taba attacks and not Sinai Bedouins.

His wife claimed she was visiting Abou Sheita in prison with her mother-in-law when the head of investigations insulted Abou Sheita and cursed his mother. “When my husband asked for respect, he was tortured until he lost his eyesight,” Omm Qassem said.

Security officials on Thursday denied Abou Sheita’s claims of having lost his eyesight in prison due to torture and beatings at the hands of security forces.

“We have been treated unjustly for the past 33 years,” Om Qassem said. “When the Sinai Bedouins heard about the torture my husband was subjected to, they took to the streets protesting his mistreatment.”

Abou Sheita nevertheless denied any involvement in the kidnap of the seven security officers. “It’s shameful to believe that the Sinai Bedouins would go through the hassle of kidnapping seven soldiers only to call for the freedom of one man,” Om Qassem said. “If it were truly the Sinai Bedouins who kidnapped the soldiers, they would have called for the release of all Sinai prisoners without highlighting my husband.”

Om Qassem claimed the soldiers’ kidnapping overshadowed the news of her husband’s torture. She claimed it was a set up operation aimed at diverting attention from the government’s mismanagement and the possible outbreak of a new revolution.

“We are in full solidarity with the kidnapped soldiers,” she said, “yet it’s painful to see the authorities care so much about the soldiers while disregarding the rights of the Sinai Bedouins.”

President Mohamed Morsi assured attendees of a national dialogue he organised on Sunday that the seven kidnapped soldiers in Sinai would be released and that he had ordered an immediate resolution to the situation. Morsi had called for a national dialogue with political parties and leaders at the presidential palace to discuss the best approach to the crisis.

“We do not negotiate with criminals. These are criminals, not jihadists, and calling them jihadists is nonsense,” said Morsi.