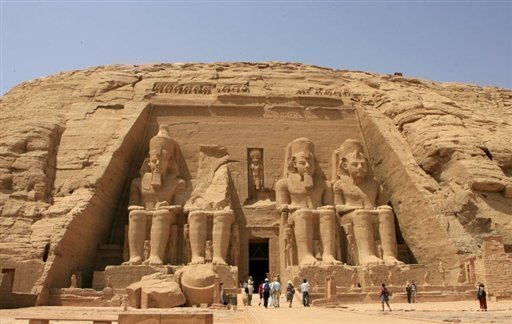 Minister of Antiquities Ahmed Eissa on Tuesday denied rumours the United Nations Economic Scientific and Cultural Organisation (UNESCO) had threatened to declassify heritage sites in Egypt. The statement comes after media outlets reported the minister had requested additional financial support during a committee meeting on culture, tourism and information at the Shura Council on Monday.

According to Tuesday’s statement, Eissa had presented a plan to the committee to raise the effectiveness of archaeologists working in archaeological sites, particularly the six archaeological World Heritage Sites in Egypt. The minister added he hopes the plan will help additional historical sites eventually gain acces unto UNESCO’s list of World heritage Sites

There are seven World Heritage sites in Egypt, only one of which is a natural site: the Wadi Al-Hitan valley.

The minister said the plan which was presented will operate within the framework of the 1972 World Heritage Convention, to which Egypt is a signatory, to better preserve and protect the sites.

“It happened only twice in the 40 years of the convention,” Dauge said, referring to the Arabian Oryx sanctuary in Oman and the cultural landscape of Dresden in Germany. The Oryx sanctuary was removed after the government decided to reduce the size of the conservation area by 90 per cent in 2007, while Dresden was delisted in 2009 after a four-lane bridge was being built through the heart of the landscape.

Eissa also said the ministry is in constant communication with UNESCO, informing them of all measures taken by the ministry in preserving the heritage sites.

Of the seven heritage sites in Egypt, one is listed as being in danger. The Abu Mena Monastery was placed on the danger list in 2001 due to the threat of rising water. In November 2012 a UNESCO team  was sent to investigate the site after it discovered renovation projects on the main basilica which did not comply with international standards set forth for work on World Heritage properties.

The mission last November published a report in which it identified several new problems which were not previously addressed. UNESCO said in its report that while the government and the Coptic community have demonstrated their commitment to the preservation of the site, Egypt lacks local experts able to properly maintain and care for it, for which international expertise is needed.