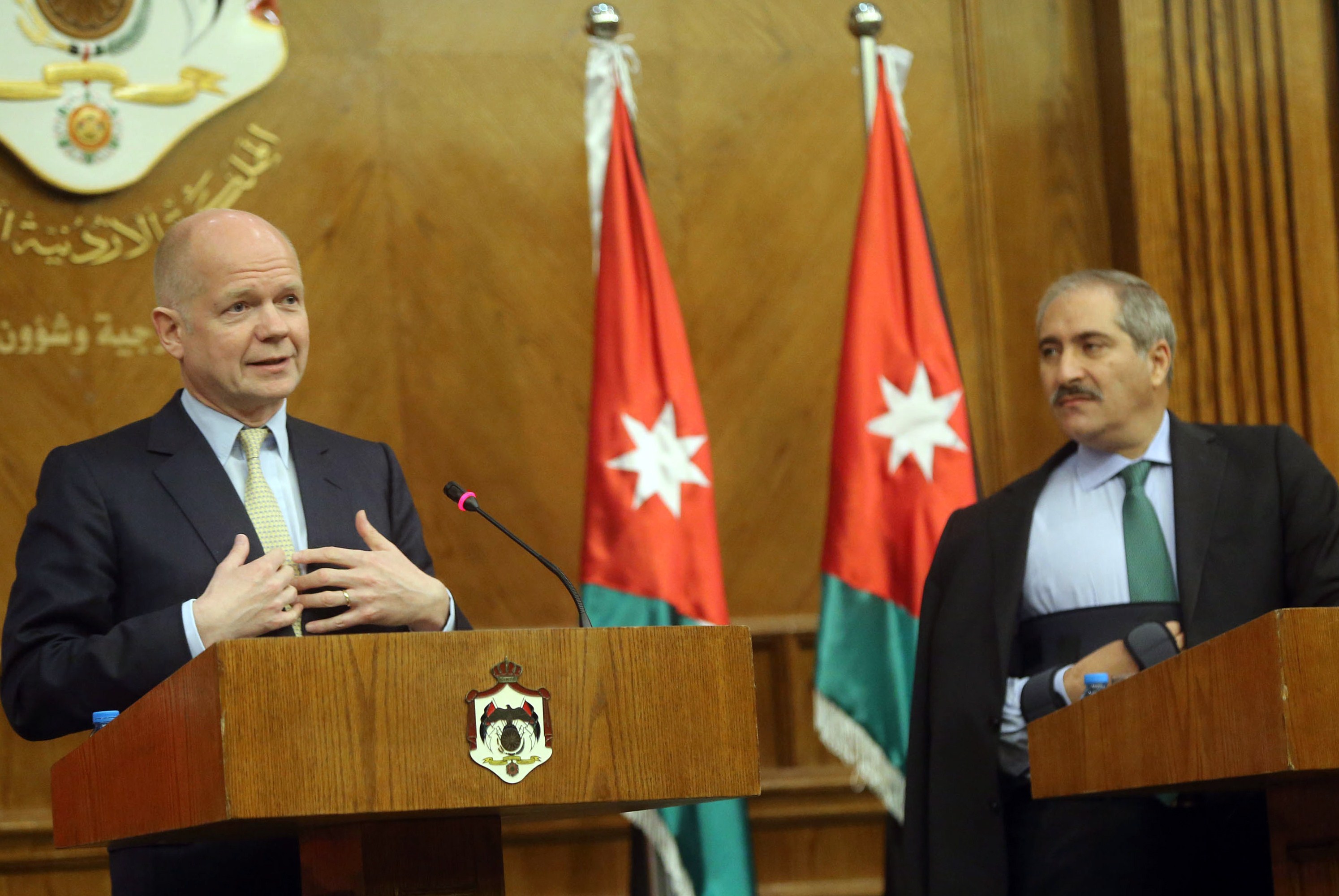 Representatives from 11 countries, known collectively as the “Friends of Syria” were scheduled to meet on Wednesday with Syrian opposition leaders to discuss ways of finding a solution to the country’s crisis. Minister of Foreign Affairs Mohamed Kamel Amr was expected to attend the meeting in the Jordanian capital Amman.

His counterparts and representatives from Jordan, Saudi Arabia, Qatar, the United Arab Emirates, Turkey, the United States, the United Kingdom, France, Germany and Italy will join Amr at the meeting. The group will discuss the latest developments in Syria and the recent US-Russian proposal for peace talks, reported AFP.

United States Secretary of State John Kerry and Jordanian Minister of Foreign Affairs Nasser Judeh held a joint press conference ahead of the meeting. Kerry made a direct plea to Syrian President Bashar Al-Assad to make “a commitment to find peace in his country”, according to AFP.

Addressing the UK parliament on Monday, Hague said: “We must make clear that if the regime does not negotiate seriously at the Geneva conference, no option is off the table.”

“There remains a serious risk that the Assad regime will not negotiate seriously. This is the lesson of the last two years,” he added.

The proposed US-Russia conference, which has been dubbed “Geneva II”, aims to follow up from the Geneva conference held in June 2012. The conference aims to bring representatives of Al-Assad’s regime and the opposition to the negotiating table.

A US State Department spokesperson said on Tuesday that while the Russian side is being supportive of the conference, it continues “to deliver very modern and very dangerous weapons to the Syrian regime and we don’t find that helpful”.