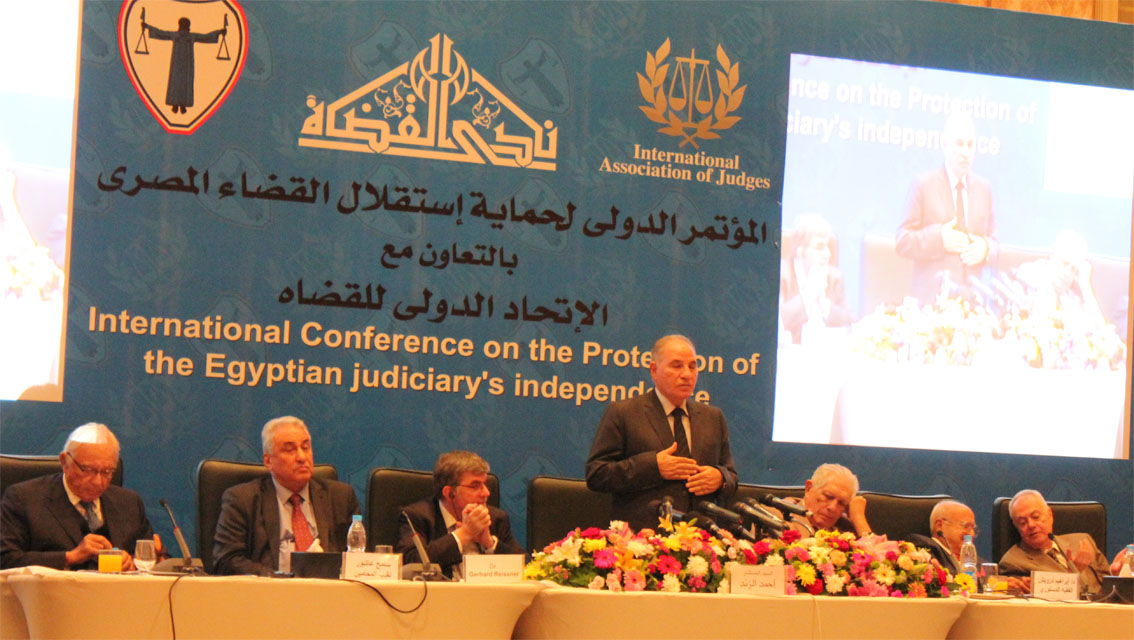 Non-Islamist legislators, who spoke out against the amendments initially introduced by Al-Wasat Party, said Fahmy had asked to read the statement prior to forbidding press to cover the conference in the chambers.

“Preventing us from holding the press conference inside the Shura Council confirms that we are still in the early stages of democracy,” said Nabil Azmy, who went on to say that this was not the spirit in which amendments to the law should be passed.

Mohamed Mohyeddin, a member of the Shura Council and the Ghad Al-Thawra Party, offered his congratulations to the Egyptian people on the freeing of hostages in Sinai before saying adequate consultation with the judiciary would be necessary before legislating any amendments.

MP Ehab Al-Kharrat criticised the amendments saying the state could not afford to have clashes between branches of government. He added that the refusal to allow press to cover the press conference inside the Shura Council chambers turned the debate surrounding the amendments into a “crisis”.

The proposed amendments to the Judiciary Law have been a point of contention among different political currents and the judiciary. President Mohamed Morsi called for a Justice Conference, in which the amendments would be discussed with the country’s judges before going through the Shura Council. However, the Judges’ Club announced it would boycott the conference and the Supreme Council of the Judiciary suspended preparations for the initiative called by the presidency.