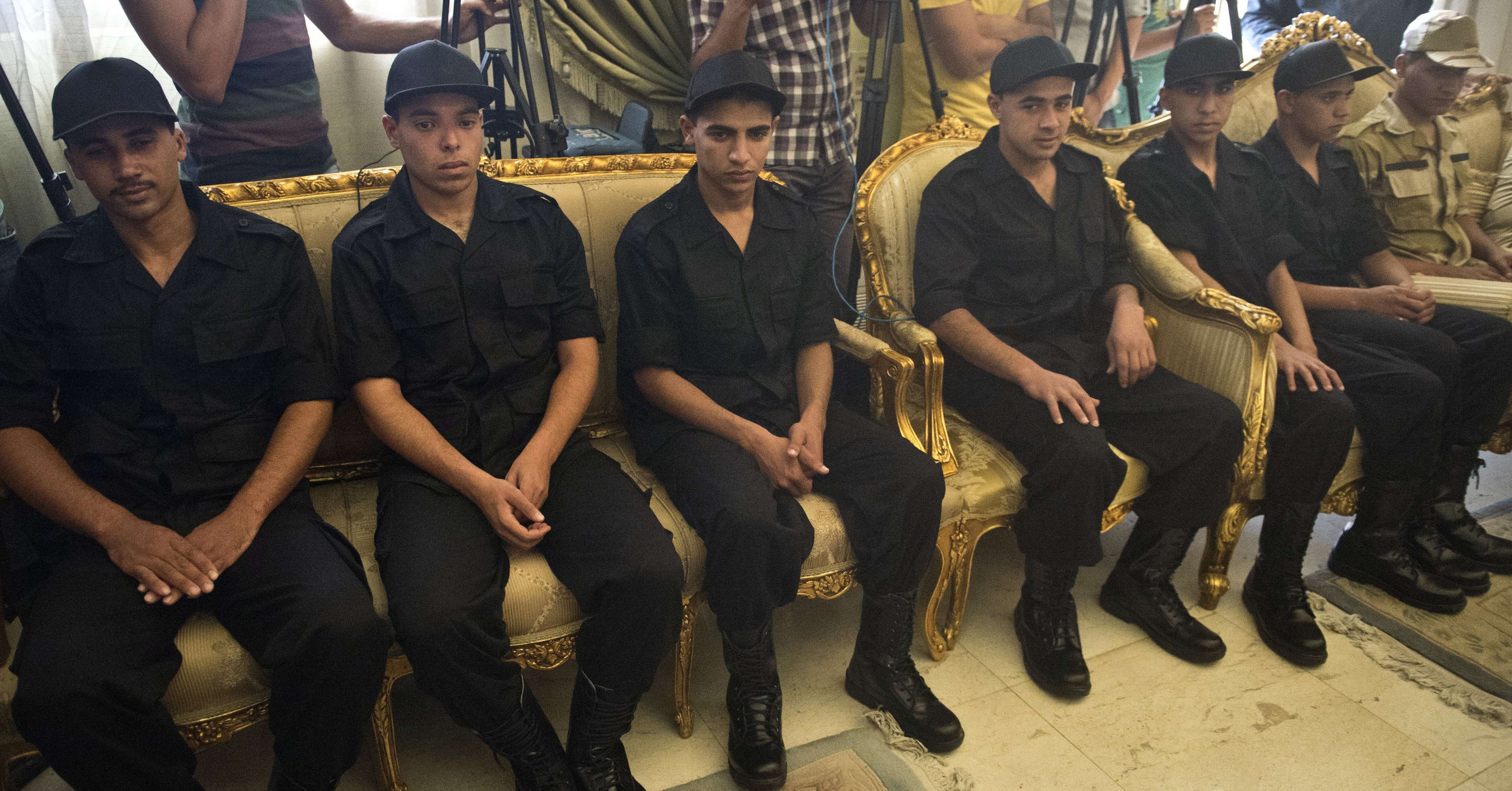 Political figures have expressed relief at the release of seven conscripts on Wednesday morning who had been kidnapped by militants in Sinai. After President Mohamed Morsi welcomed the conscripts to Cairo, politicians and parties called on the government to continue to work to secure Sinai and implement development projects in the volatile region.

Supreme Guide of the Muslim Brotherhood Mohamed Badie thanked those involved in efforts to facilitate the release of the hostages. “Full control and development must be extended over all of Sinai and we must hold criminals accountable and pursue them wherever they are,” wrote the Brotherhood leader on his Twitter account.

The Muslim Brotherhood released a statement, saying that it was time for government officials and community members to consider taking a new approach to dealing with Sinai with respects to its development and security concerns.

The group’s political wing, the Freedom and Justice Party (FJP), took the opportunity to call for a more unified political landscape, “especially in situations that require a unified stand in the face of any threat to homeland security and the safety of its children.”

Shura Council Speaker Ahmed Fahmy thanked the police, army and political leadership and thanked Sinai residents for their cooperation, while Tarek Al-Malat, a member of the Shura Council and Al-Wasat Party, said the latest security incident showed it was time to develop Sinai and refocus efforts on tourism in the peninsula.

Liberal former MP Amr Hamzawy said the successful crisis management should be commended and that work to secure Sinai should continue. He also promoted the launching of development efforts, according to his official Twitter account.

The Misr Al-Qawia Party said despite the “massive absence of information about the incident and circumstances” it hoped that the latest development would be the beginning of exerting full control over all Egyptian territories, blaming the security concerns on a lack of sovereignty at the expense of the Camp David Accords. The party called on the modification of the Camp David Agreement to allow Egyptian military deployment in all of Sinai, the implementation of a development plan for the region, and to “preserve the dignity” of Sinai residents by putting an end to security violations to which they are subjected.

The Al-Wafd Party called on the Armed Forces to continue military operations in Sinai to put an end to armed groups there, saying the area and its people had been marginalised for decades and that restitution needed to be a top government priority.

Al-Nour Party Chairman Younis Makhyoun said the kidnappings were a “wake-up call” to the gravity of the situation in Sinai, according to state-owned Al-Ahram. The leader of the Salafi party that has found itself at odds with the ruling FJP added that progress in Sinai could not be achieved by a single group, requiring national reconciliation before positive steps could be taken to achieve positive outcomes in Sinai.