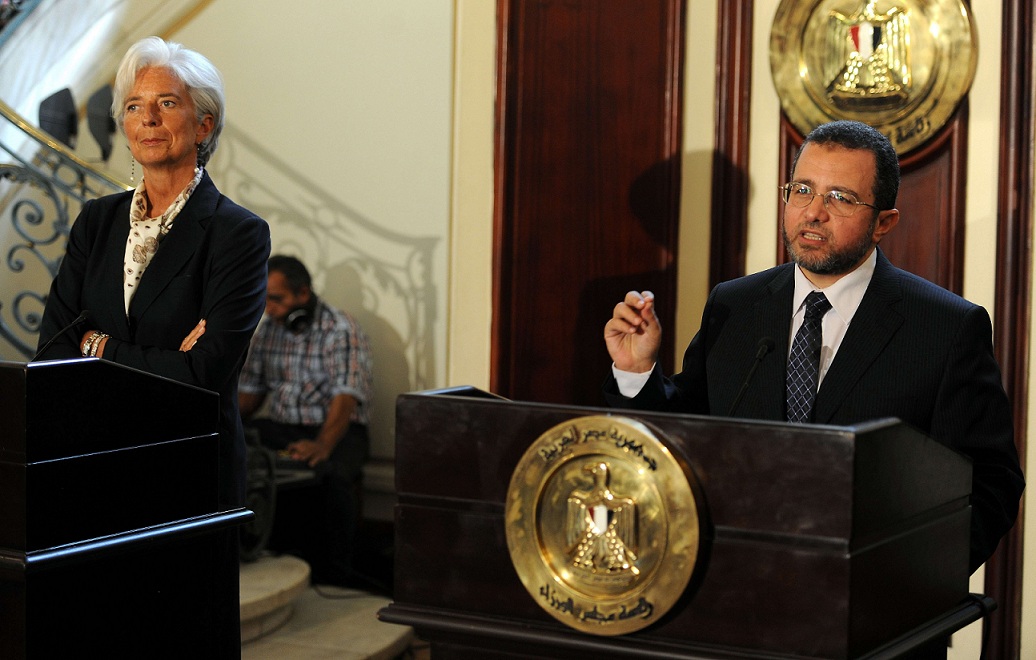 Egypt has been negotiating with the International Monetary Fund (IMF) for the past two years in an attempt to secure a symbolic loan which many believe would open the floodgates to wider investments and loans from the international community. The talks have largely stalled due to the government’s refusal to accept the conditions on which the loan hinges, and fears of what impact an austerity-laden loan would have on the Egyptian populace.

In order for a deal to be reached with Egypt, the government must engage in a robust economic reform programme aimed at reducing the deficit through subsidy reforms and cutting government expenditures. Such austerity measures would have an impact on Egypt’s already fragile welfare system and would also affect the price of fuel and electricity, raising the cost of living for many Egyptians.

The current economic decline has already aided in the deteriorating social conditions in Egypt, prompting mass protests in Mahalla during the lead up to the revolution. Since then, teachers, doctors, workers, drivers, bakers, unions and several others have protested the deteriorating conditions, calling for better wages and treatment.

The IMF had previously agreed on a loan in principle, but President Mohamed Morsi’s constitutional decree issued last November sparked widespread unrest and forced the IMF to freeze the loan and restart negotiations.

The last time the IMF pressured Egypt into abolishing subsidies was in 1977 under then-president Anwar Al-Sadat. As a result of the announcement in January that year, hundreds of thousands of Egyptians across the country rose up in revolt, forcing the government to reverse their decision.

Now as then, millions of Egyptians living under the poverty line are dependent on the various subsidies on food, fuel and electricity provided for by the government. These subsidies cost the state EGP 205bn, according to the most recent budget.

Opposition figures such as Hamdeen Sabahy have argued the IMF conditions regarding subsidies and raising prices of goods will have an enormous effect on the poor, refusing the loan under current conditions.

“Approving the loan could push the Egyptian economy into a series of debts that it cannot afford at this moment,” Heba Yassin, media spokesperson of Sabahy’s Al-Tayar Al-Sha’aby (Popular Current), said in April. Similar opinions have been voiced by the Salafi Al-Nour Party.