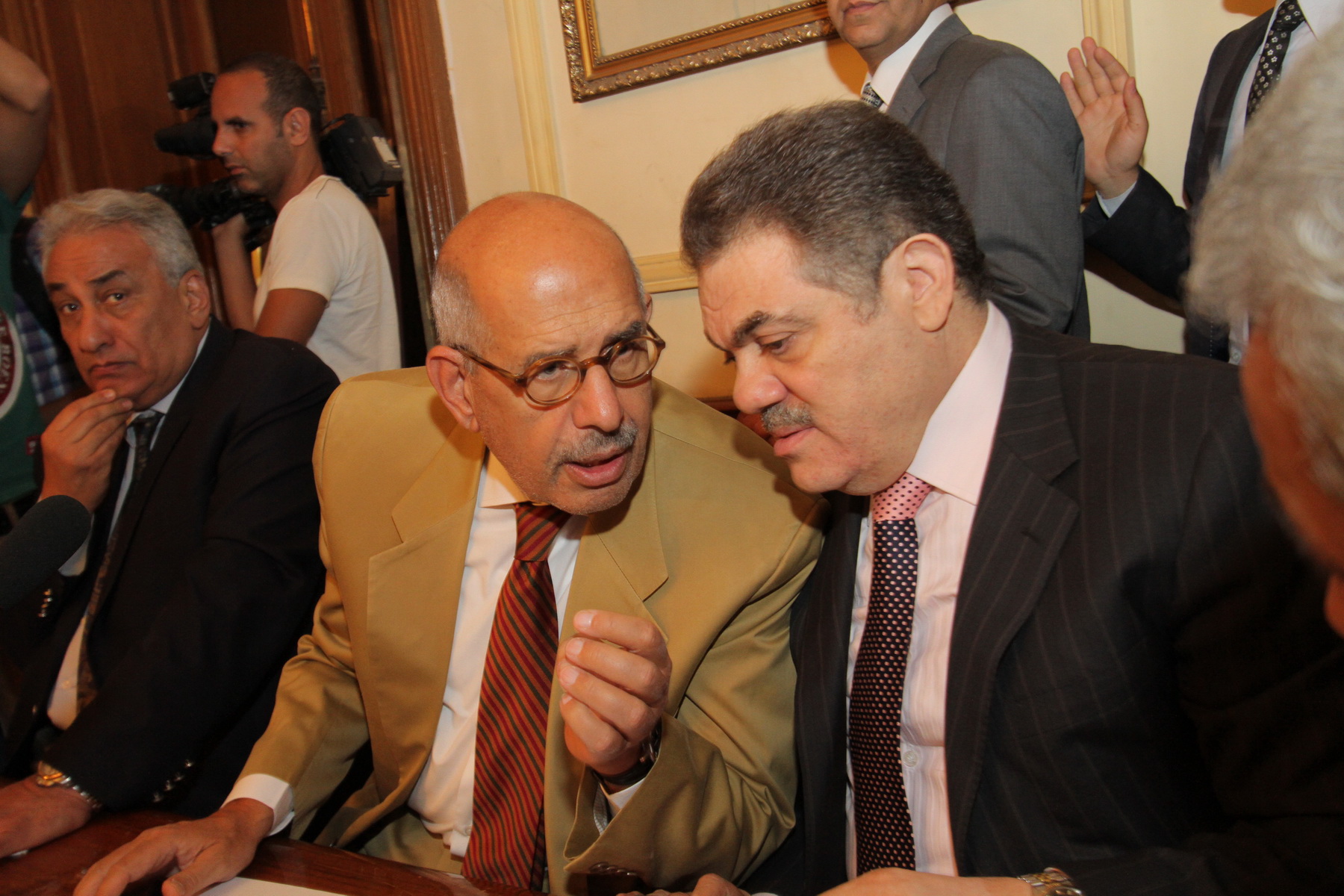 There has been no accountability when dealing with security breaches in Sinai, said General Coordinator of the National Salvation Front (NSF) and Al-Dostour Party Chairman Mohamed ElBaradei.

Opposition leader ElBaradei, who was interviewed on Al-Hayat satellite channel on Wednesday evening, discussed the NSF’s stance on demands it had previously submitted to the presidency and his thoughts on Egypt’s current political landscape.

ElBaradei pointed out that the perpetrators had not been held accountable for the kidnapping of conscripts this week in the same manner that unknown assailants who killed 16 border guards last year were not brought to justice.

He stressed the need of transparency when dealing with Sinai, demanding that the government issues reports on activity in the volatile region.

The Nobel laureate said the NSF endorsed Tamarod, the petition-based campaign calling for early presidential elections, saying the practice should be embraced as a democratic method that has been employed in other countries.

ElBaradei also discussed internal affairs of the NSF, saying that the parties within the opposition collective needed to unite and form two parties- a leftist party and a centrist contingency.

He rejected accusations that the NSF was actively obstructing the democratic process saying, “We were invited to meet with [President} Mohamed Morsi and later he issued a constitutional decree. The revolution happened to build a democratic system and what is happening on the ground is not democratic.”

The NSF, which has called for the removal of Prime Minister Hesham Qandil, had proposed Secretary-General of the Arab League Nabil El-Araby and former Central Bank Governor Farouq Al-Oqda as independent candidates for the PM post, according to ElBaradei.

ElBaradei also criticised the controversial amendments to the Judiciary Law, saying the government first targeted the judiciary through the November constitutional declaration. He agreed judicial reform was considered necessary but needed to come from within the branch of the state to preserve its independence.