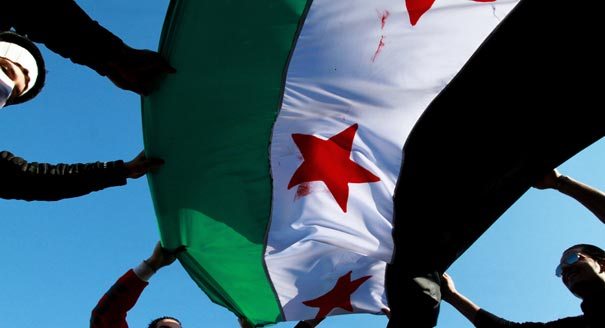 The group of 11 states, known as the Friends of Syria have reiterated their support for a political solution to the crisis. They strongly condemned the on-going violence in Syria, including the role of foreign combatants and the increasing radicalisation on both sides of the conflict.

The Friends of Syria group met in Amman on Wednesday afternoon. Minister of Foreign Affairs Mohamed Kamel Amr represented Egypt at the meeting in the Jordanian capital.

His counterparts and representatives from Jordan, Saudi Arabia, Qatar, the United Arab Emirates, Turkey, the United States, the United Kingdom, France, Germany and Italy joined Amr at the meeting. Representatives of the Syrian National Coalition (SNC) were also present at parts of the meeting in order to update the ministers on the current situation inside Syria.

The ministers released a joint statement following their meeting in which they “condemned in the strongest terms the use of heavy weapons including ballistic missiles” and stressed the need for a political solution to the crisis. They “denounced the intervention of foreign combatants fighting on behalf of the regime.” They emphasised the Shia’a Islamic militant group Hezbollah’s involvement in Syrian army military operations in Qusair. They also expressed concern over the increasing reports and indications that the Syrian regime is using chemical weapons.

They also, “deplored the ethnic cleansing that the regime is pursuing as seen recently in Banias, and declared that such crimes will not go unpunished”. The ministers also expressed concern “over the increasing presence and growing radicalism on both sides of the conflict and terrorist elements in Syria”. They believe this increased radicalism threatens the security of the region and the world.

The ministers asserted that the formation of a “transitional governing body” is a “corner stone” for a political solution. This body would have to be established through “mutual consent, within an agreed upon timeframe”. It would have the powers of the president and control of the armed forces during the transitional period. They group stressed that Syrian President Bashar Al-Assad, “his regime, and his closest associated with blood on their hands cannot play any role in the future of Syria”.

In their statement the ministers expressed their support for the SNC’s efforts “to expand their base of representation to include all components of Syrian society”. They also stressed the important role the SNC would play in the upcoming international conference, which has been dubbed ‘Geneva II’.

The ministers all agreed that until the transitional government is established, “they will further increase their support for the opposition and take all other steps as necessary”.

All countries are exploring different options, according to a senior official from the US State Department speaking at a press briefing following the meeting. He added that countries in Europe are considering lifting the arms embargo on Syria.

It is estimated that 80, 000 people have lost their lives as a result of the conflict that has raged on for over two years. As of Wednesday there were 1, 329, 357 registered Syrian refugees, according to the UN Refugee Agency.

The SNC are scheduled to meet on Thursday to decide their stance on the Geneva II conference and to elect a new leader following the resignation of Ahmed Moaz Al-Khatib, reported AFP.