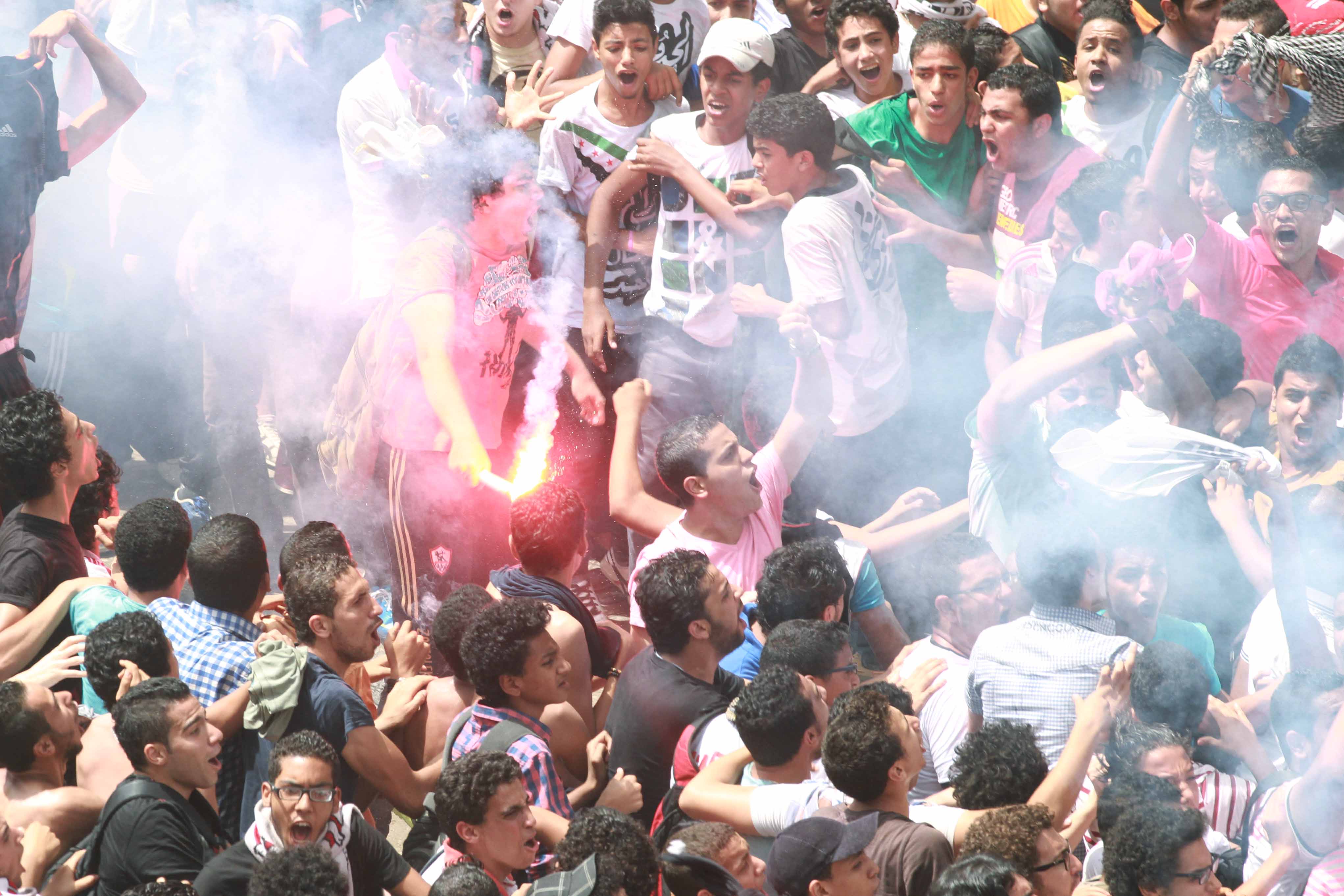 Ahmed Shobra, a leader of the Ultras White Knights, was released on EGP 1,000 bail on Thursday by North Giza public prosecution.

Shobra was arrested for allegedly threatening Minister of Sports El Amry Farouq. The threat was allegedly sent from Shobra’s mobile phone, but Shobra denied that he had personally sent the threat against the minister, according to state-owned Al-Ahram.

Before his release thousands of members of the Ultras White Knights, who back the Zamalek Sporting Club’s football team, gathered outside the Agouza police station while chanting and setting off flares.

After Shobra was released, members of his group set off fireworks and chanted against the minister.