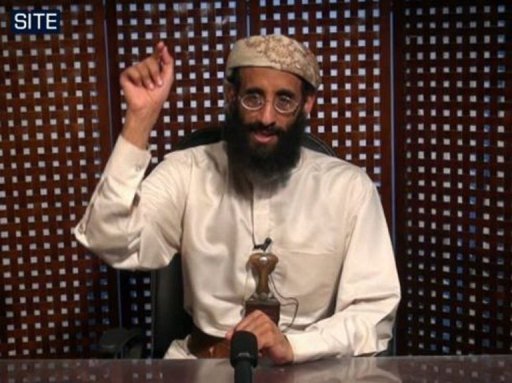 By Stephen Collinson (AFP) – The United States formally said for the first time on Wednesday that it had killed radical Yemeni-American cleric Anwar al-Awlaki and three other US citizens in anti-terror strikes abroad.

The acknowledgement that Washington targeted Awlaki in Yemen in September 2011 and that the three others were not directly targeted, but were also killed, came on the eve of a speech on terror policy by President Barack Obama.

The September 2011 killing of Awlaki in a US drone strike stoked concern because he and Samir Khan, a Pakistani-American who also died in the strike in Yemen were US citizens who had never been charged with a crime.

It prompted a constitutional debate in the United States over whether the president had the power to order the assassination of a US citizen, if he was an accused terrorist, without affording him due process.

US Attorney General Eric Holder acknowledged the killing of Awlaki in a letter to congressional leaders.

“Since 2009, the United States, in the conduct of anti-terrorism operations against Al-Qaeda and its associated forces outside of areas of active hostilities, has specifically targeted and killed one US citizen, Anwar al-Awlaki.

“The United States is further aware of three other US citizens who have been killed in anti-terror operations over that same time period: Samir Khan, Abdulrahman al-Awlaki and Jude Kenan Mohammed.”

“These individuals were not specifically targeted by the United States.”

At the time of his killing, US officials acknowledged that Awlaki had been killed but refused to confirm that it was carried out by a CIA drone.

Holder laid out the most public justification yet for the killing of Awlaki, positing that he was an active, and not just a rhetorical threat to US security.

“It was not Awlaki’s words that led the United States to act against him: they only served to demonstrate his intentions and state of mind,” Holder wrote.

“Rather, it was Awlaki’s actions — and, in particular, his direct personal involvement in the continued planning and execution of terrorist attacks against the US homeland — that made him a lawful target and led the United States to take action.”

“The decision to target Anwar al-Awlaki was lawful, it was considered, and it was just.”

Holder charged that Awlaki planned an attempt by a foiled underwear bomber to blow up an US airliner bound for Detroit on December 25, 2009 — a charge previously made by the US government.

He also blamed Awlaki for involvement in a subsequent plot, which was also interrupted, to bring down US cargo planes.

Holder said that the decision to target Awlaki had been subject to extensive legal review at the highest levels of the US government.

He also said that the administration told congressional oversight committees that it had approved the use of lethal force against Awlaki back in February 2010 — more than a year before he was killed.

Wednesday’s letter was the first time that it had been disclosed that Mohammed, who was on the FBI’s Most Wanted List and last reported to be in Pakistan, had been killed in a US action.

Mohammed was accused of plotting to blow up bombs in tunnels or bridges in New York or Washington on the 10th anniversary of the September 11 attacks in 2001.

Obama was to give a speech at the National Defense University on Thursday, laying out anti-terror policies for his second term expected to touch on the secrecy surrounding the covert drone program and his new effort to close Guantanamo Bay prison.