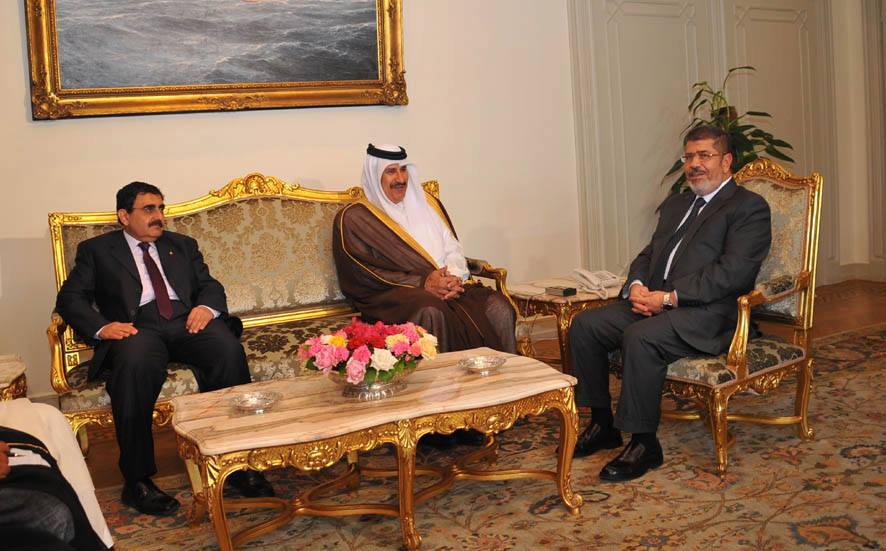 The summit is due to be held on 26 and 27 May at the African Union headquarters. Morsi is also scheduled to attend the 25 May celebration of the African Union’s fiftieth anniversary. The celebrations mark 50 years of the continental body’s existence since its formation in 1963, as Organisation of African Unity (OAU).

On Thursday, Morsi met with Hammad Bin Jassem Al Thani, the Qatari Prime Minister and Minister of Foreign Affairs, at the Presidential Palace. The meeting witnessed an overview of the improvement in Egyptian-Qatari relations, especially in the fields of energy, petroleum and natural gas.

Moving on to the Syrian crisis, both parties were in agreement over the danger of the crisis which may lead to the dismantling the state and has already left thousands of casualties. Morsi stressed the importance of the agreement of effective regional and international parties on a peaceful compromise. He also stated that stopping the bloodshed, preserving the unity of Syria and preventing sectarian divisions are crucial.

Morsi had suggested a quartet initiative to act as a solution to the Syrian crisis. The initiative aims to include Egypt, Turkey, Iran and Saudi Arabia.