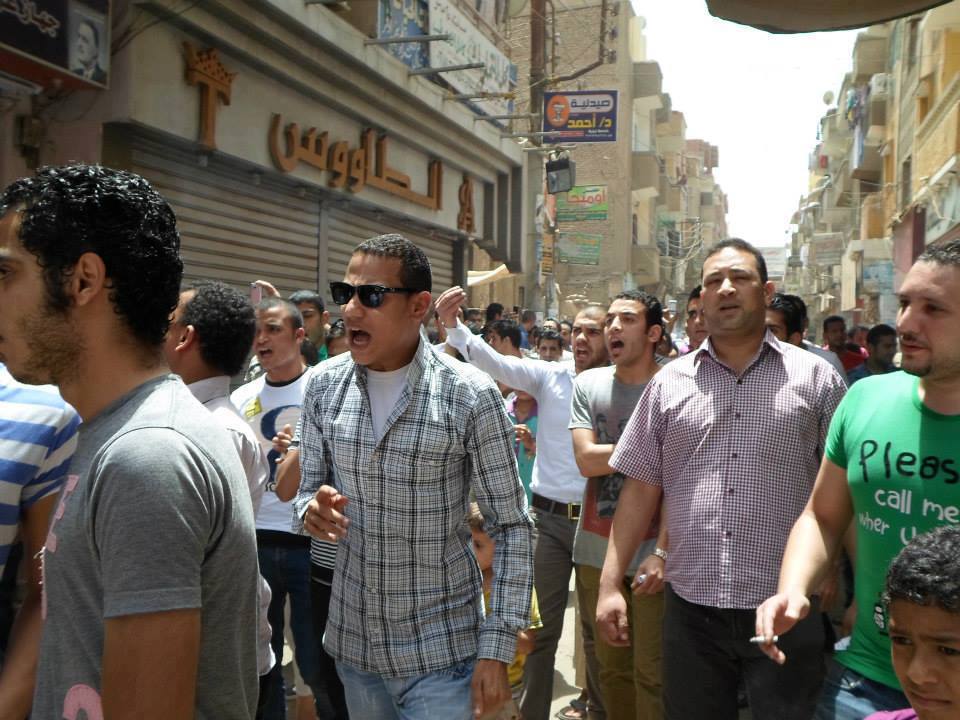 Damietta residents flew into a rage on Thursday as the phenomenon of continuous power cuts dragged on to the weekend.

Several protests were held around the governorate of Damietta, as protesters blocked important roads in front of the Electricity companies downtown.

Shady Al-Tamargy, Al-Tayar Al-Sha’aby communications coordinator in Damietta, said the protests started since Wednesday. He added that a big number of the protesters were those who worked at the furniture industry; they were scheduled to submit pieces of furniture at the end of the week and the power cuts disrupted their work.

“In the first four days of last week, we would experience six to ten power cuts per day,” Al-Tamargy said. “Some of them would last for minutes; others might stay for one or two hours.”

On Thursday, the Minister of Electricity and Energy Ahmed Imam told Sharqeya Governor Hassan Al-Naggar that the power cuts phenomenon in Sharqeya would be overcome within days, reported state-owned Al-Ahram. Imam stated that EGP 90 million was allocated to the governorate to renew and renovate electricity companies.

The decision came after protesters in Belbeis, Sharqeya blocked Abdel Moneim Riad road on Wednesday and until Thursday morning. Residents protested the continuous power cuts the governorate is suffering from.

Ahmed Al-Shobaky, Al-Dostour party member in Belbeis, stated the city experiences three to four power cuts per day, each lasting for at least an hour. “Ten minutes after the protest was dispersed, amid promises that the power cuts would decrease, we experienced another power cut,” Al-Shobaky said.

Similar protests took place in other parts of the country throughout the week, such as Daqahleya. In Alexandria, coordinator of the Leftist Youth Movement Hussein Gomaa filed a report on Thursday against President Mohamed Morsi, Prime Minister Hesham Qandil, Minister of Interior Mohamed Ibrahim, Imam and the Electricity Holding Company holding them responsible for the continuous power cuts.

The phenomenon of frequent electric power cuts for long durations began in the summer of 2012, especially during the months of July and August. Power cuts declined gradually as the weather got cooler. This summer, the power cuts returned more frequently and for longer durations.