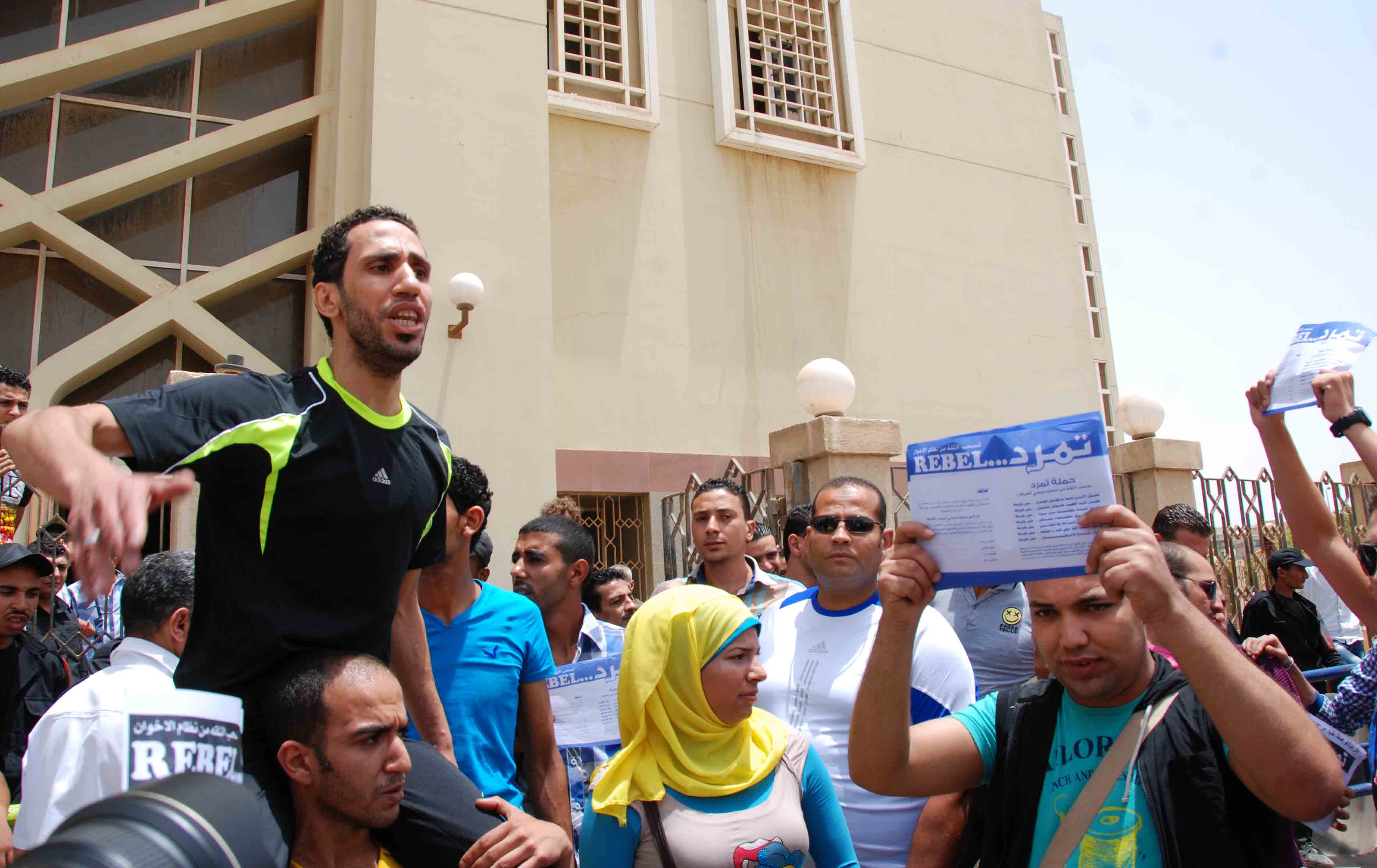 Arrested in February, Al-Masry is being tried for possession of weapons among other charges.

Lawyers’ Syndicate head Sameh Ashour was among the lawyers who defended Al-Masry during the trial. Hassan Seliman, Ashour’s office manager, said the trial was postponed until Wednesday, pending the testimony of the sole witness in the case. The witness, a police officer, has so far declined to show up in court to testify, Seliman said.

Al-Masry is accused of complicity in the alleged attack against Islamist activist Abdel Rahman Ezz while visiting Mohanad Samir in a hospital in January. Samir, a teenage political activist, was shot near Tahrir Square on 31 December 2012.

“Some people claimed a car loaded with weapons which was present outside the hospital belonged to Al-Masry,” Seliman said, waving off the claims as false accusations.

Al-Masry was not arrested until February following clashes between lawyers and policemen outside Boulak Abul Ella Police Station. He has been in jail since then on collective charges from both cases. Al-Masry has another court session on Monday regarding the Boulak Abul Ella station, where he is accused of breaking into the police station, attacking a public servant and possessing weapons.