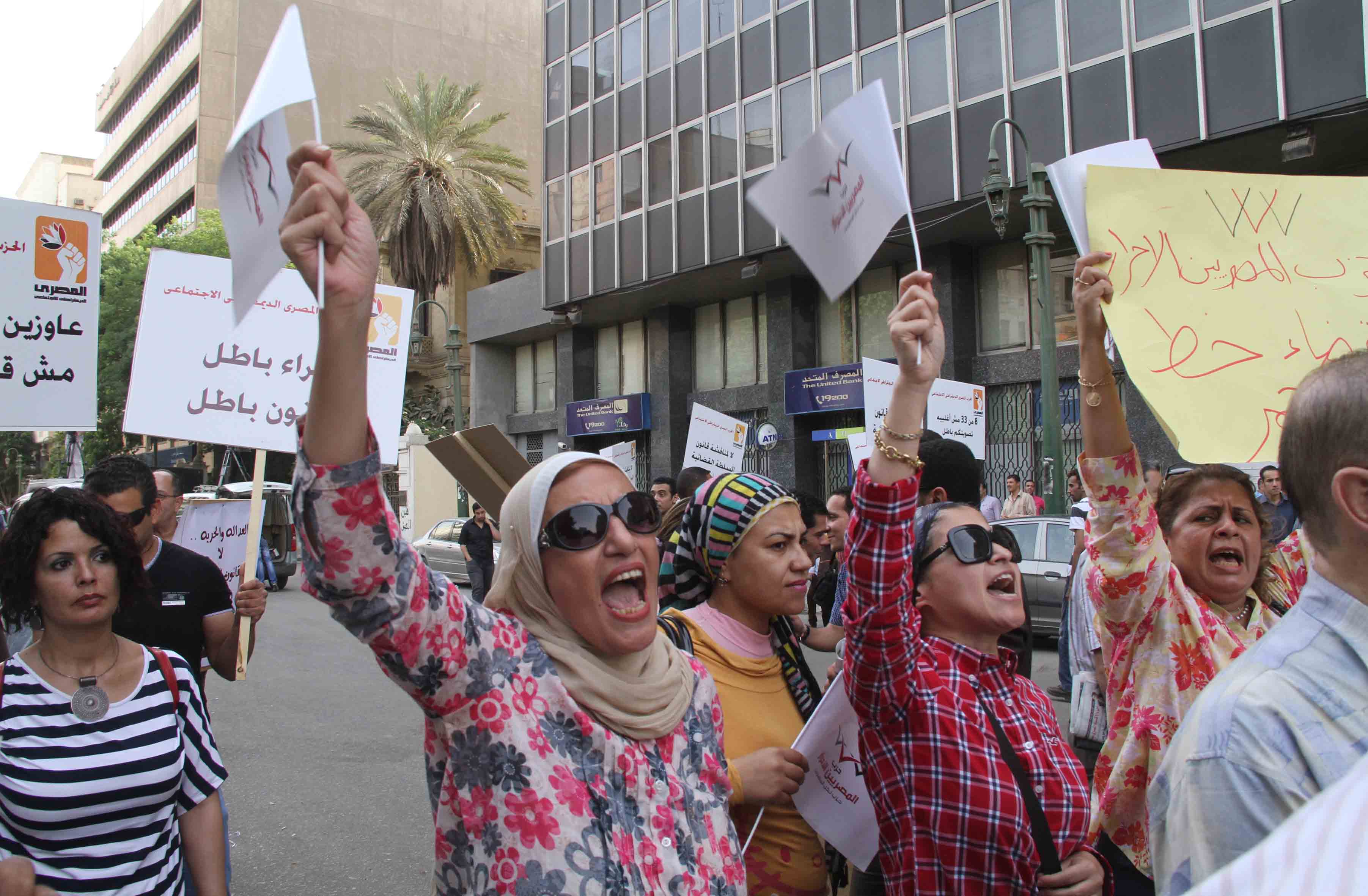 Amid protests from secular MPs, the Shura Council voted in its Saturday session to refer proposed amendments to the judiciary law to its Committee on Constitutional and Legislative Affairs for discussion.

Opposition parliamentarians donning black sashes brandishing the words “unlawful procedure for an unlawful law” chanted “unlawful” as the council voted in favour of the motion to amend the law and delegate the task to committee.

Shura Council Speaker Ahmed Fahmy was careful to reiterate that the upper house of parliament does not intend to encroach on the independence of the judiciary and that while the constitutional and legislative committee would review amendments submitted by MPs, the council would still wait for judges to present their own amendments in the upcoming Justice Conference.

The council would run all proposed amended bills by the Supreme Judiciary Council before voting as well, Fahmy added.

“We will wait for the results of the Justice Conference. The Shura Council views judges over 60 years of age as valuable assets to the judiciary and the issue of retirement age is still up for discussion,” he said.

Moderate Islamist Al-Wasat Party’s proposed amendments to the judiciary law would lower the retirement age for judges from 70 to 60, which would result in the immediate forced early retirement of an estimated 3,500 judges, a prospect that caused controversy within the judiciary and prompted the Judges’ Club to file an official complaint with the International Association of Judges.

The National Salvation Front called on all opposition members in the Shura Council to boycott all sessions where amending the judiciary law is to be discussed. The Salafi Nour Party has also voiced its opposition to the amendments, viewed by opposition groups as an attack on the independence of the judiciary.