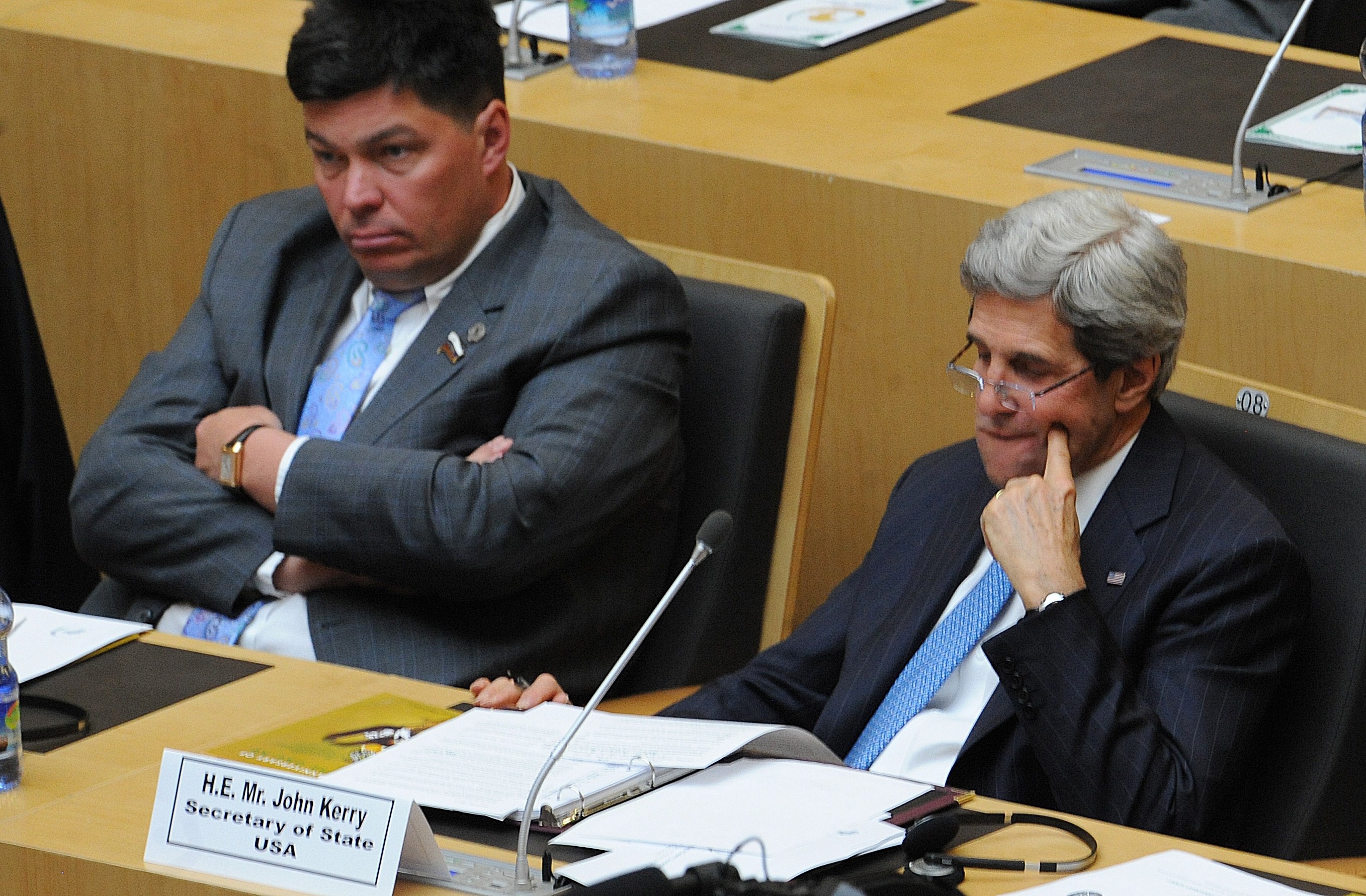 U.S. Secretary of State John Kerry told President Mohamed Morsi on Saturday that Egypt must adopt economic and political reforms if the country is to receive much-needed US and global aid.

Kerry, who spoke to Morsi on the sidelines of the African Union Summit in the Ethiopian capital of Addis Ababa, stressed his support for Egypt but also underlined the importance of presenting evidence of reforms to the US Congress in order to reach a consensus on aid.

Egypt, which is struggling with dire economic indicators, is in the middle of prolonged talks with the International Monetary Fund (IMF) to receive a pivotal $4.8bn loan package to offset a widening budget deficit, spurred by slow tourism, a devaluating currency and stagnating economy.

During his visit to Egypt in March, Kerry had urged Morsi to finalise the IMF deal. However, Egypt has so far failed to meet requirements to ensure the loan, as political unrest led to repeated interruptions of negotiations and continues to raise concerns over a worsening security situation.

Following his meeting with Morsi in March, Kerry rewarded Egypt with $250m grant for the economic reforms that Morsi introduced to qualify Egypt for the proposed loan. This was shortly followed with a $190m package of US aid (out of the pledged $450m), which Kerry said was “a good-faith effort to spur reform and help the Egyptian people at this difficult time”.

Morsi has been trying to secure a deal with the IMF since December through curbing energy subsidies and increasing taxes on a number of goods and services, namely steel, cement, soft drinks, alcohol, cigarettes and others. Public outcry led the government to defer implimenting such measures.

In February, the government announced a 50% increase in the price of subsidised fuel, which prompted protests by workers.

An anonymous source from the Ministry of Finance told Daily News in March that the IMF was displeased with Egypt’s implementation of its economic and social reform programme. The source cited lack of public and political support for the loan.

The IMF loan negotiations come amid a turbulent economic state where the country’s foreign currency reserves stand at $13.5bn and the value of the Egyptian pound faces daily declines.

Foreign currency reserves stood at $36bn on the eve of the 25 January Revolution.

The IMF agreement would unlock significant US assistance to Egypt to receive the pledged $1bn that President Barack Obama promised last April, as well as restore investor confidence in the country’s economy.

When asked about the IMF loan in February, Morsi described it as a “testimony on how capable Egypt is of transitioning economically rather than a funding opportunity.”