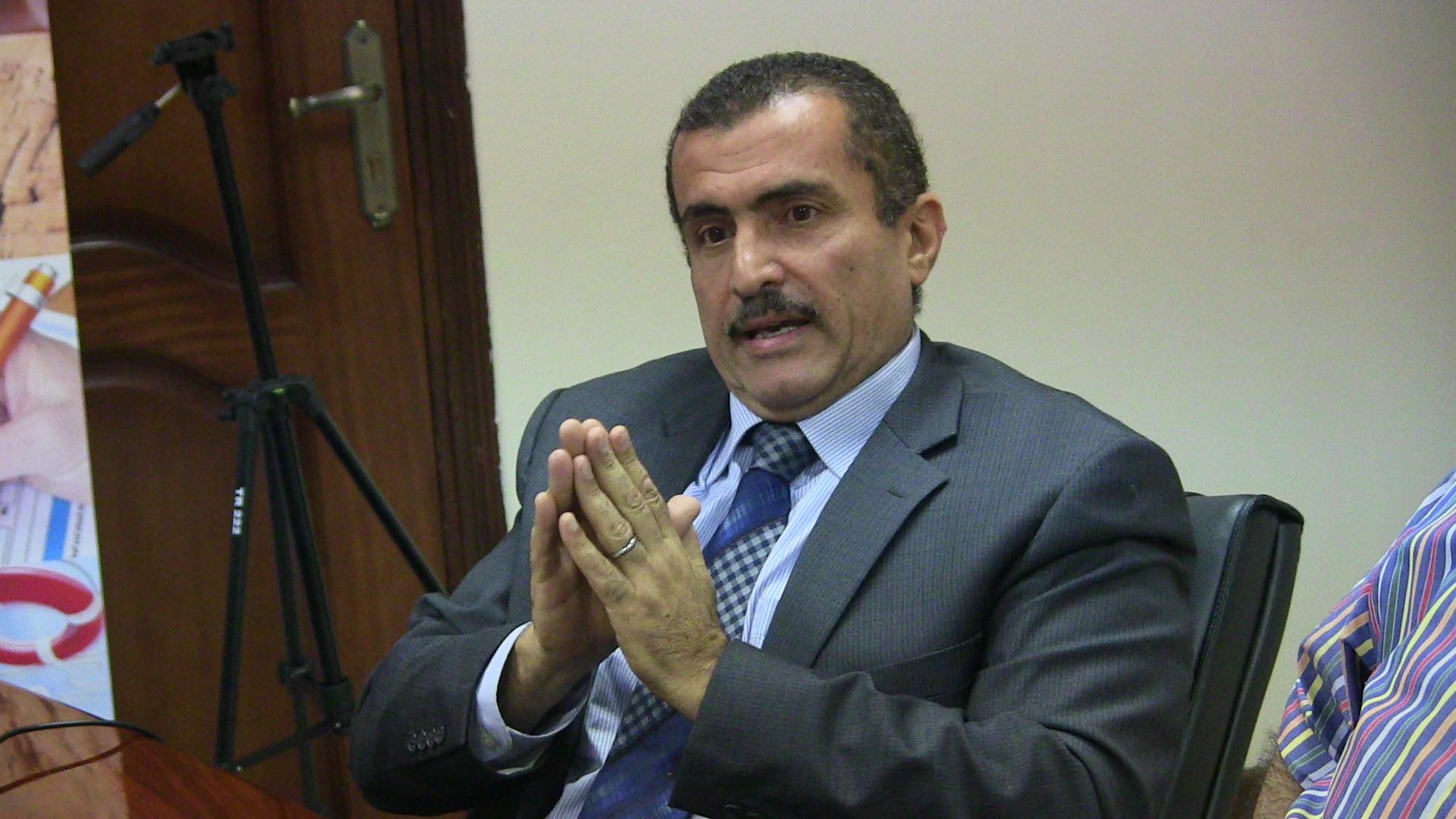 By Muhammad Azab and Fahad Amran

Representatives from a number of medical sector companies recently said that healthcare in Egypt was seen as a promising sector for growth, adding however that proper systems and infrastructure needed to be put in place in order to better facilitate cooperation between all the parties involved, including that of insurance companies, healthcare companies and medical service providers.

Representatives from a number of companies said that achieving desired levels of growth in the sector was dependent on the availability of data and statistics regarding the country’s current patient pool. Such data would help facilitate attempts to come up with a unified pricing system for products and procedures. The statements were made during a recent conference hosted by AlBoursa, an Egyptian business, finance and economic news outlet, regarding challenges and opportunities for growth currently seen in Egypt’s healthcare market.

They criticised Egypt’s current comprehensive medical insurance law, which they said would cause insurance companies to suffer huge losses, and mandates that all citizens obtain health insurance without stipulating what percentage of patients would seek to do so through the private sector. They also pointed to the lack of a unified infrastructure and readiness on the part of Egypt’s government, and need to invest and provide additional services to the country’s medical facilities, as problems plaguing the sector that were not addressed in the country’s current law.

First, can you discuss the reality of Egypt’s medical insurance market?

Mustafa Al-Shimi: The medical insurance field in Egypt is promising and will prove to be a profitable industry for all parties involved, whether that is healthcare companies, insurance companies or medical service providers. This is evidenced in the fact that premiums in the field have continued to rise despite the fierce competition seen between companies and losses faced by others.

So the medical insurance field represents a promising opportunity for companies?

Khalid Abdel Hafez: Currently the medical insurance field serves only 1% of Egypt’s population, 80% of which operate under Health Maintenance Organisations, which are schemes that offer patients a set of service providers in return for a fixed monthly fee. Insurance companies initially begun providing medical coverage in Egypt as an additional service offered along with other forms of insurance. That being said these companies have not worked hard to establish a unified statistics and database pool or train skilled medical workers, a fact which has been reflected in the quality of medical services provided. At the moment, there does not exist more than four or five medical insurance companies operating in Egypt.

What is the potential that an independent company could be established that deals only with medical insurance?

Abdel Hafez: Right now there is no such company capable of doing that. If there was, they would first need a medical database pool that would allow the company to accurately and professionally assess medical costs, in addition to be able to code and computerise diseases, diagnoses and claims.

Hafez stated previously that Misr Insurance Holding Company attempted to establish such a company 10 years ago but was not able to do so, due to the kinds of problems and obstacles just mentioned.

Why has an independent agency not yet been created responsible for providing medical insurance data to companies? Such an agency could operate under the jurisdiction of the Insurance Federation of Egypt, similar to the Egyptian Credit Bureau.

Abdel Hafez: Undertaking such a project today would not be possible, due to the need for such an agency to be established on the basis of fixed prices and products. The production of most products available on the market today is highly unregulated, and it is therefore difficult to compare them to other products and come up with specific statistics regarding their use. Most government decisions made regarding Egypt’s health sector have not been specific on a logistical level. That being said, now is the time for both the government and companies to work together to assess the market and set the standard for terms and conditions set to be employed by reinsurance companies, not for the purpose of reaping a profit, but rather to establish a sound database of statistics.

Al-Kafrawi: Any statistics database created must apply on a national level, and be established by Egypt’s Ministry of Health represented within the country’s Health Insurance Organisation.

Magid: The establishment of such an agency must be created as part of a national project, especially considering the fact that the last grouping of statistics and data regarding the country’s medical sector made available was nine years ago back in 2004. All statistics must be registered through a strict coding system, in addition to making sure that service providers supply an organised price list of products.

Al-Kafrawi: I fear that competition between companies, however, will prevent such an agency from ever being created.

Muhammad Hussein: Creating such an agency that provides health insurance statistics to companies operating within Egypt, along the lines of the Egyptian Credit Bureau programme I-Score, will help facilitate a healthy exchange of information between the government and healthcare and insurance companies, especially if a unified coding system is created.

Abdel Hafez: The success or failure of reinsurance companies in the country’s healthcare sector serves as a mirror to the broader Egyptian market. Five years ago Egypt was much more attractive to reinsurance companies, due to the country’s large population and number of patients. However the lack of development seen within the market over the last several years has partially been the result of a lack of accurate statistics existing regarding Egypt’s medical insurance sector, the absence of effective regulation needed to follow up and monitor price speculation, and the lack of specialised technical skills seen amongst employees working within the market. This has led to increasingly high retention rates in the country’s medical sector, reaching 99.9%, due to the reluctance of reinsurance companies to deal with their Egyptian counterparts.

Magid: The poor performance of Egyptian insurance companies caused a number of reinsurance companies to flee the Egyptian market. Fierce competition between companies, and the lack of sound available statistics regarding the prevalence of various diseases, and other aspects of the medical industry, further made such companies averse to doing business in Egypt.

Dr Magid, we would like to know more about the results of recent meetings held between the Insurance Federation of Egypt and the country’s healthcare companies. Can you speak more on that subject?

Magid: A joint committee headed by Dr Abdel Rauf Qutb, the president of the Insurance Federation of Egypt, which included members of the Federation and Egypt’s leading healthcare companies, discussed a number of ways to better organise the market with suggestions made to sign a combined cooperation protocol that included all parties involved.

And what about the unified contract signed between the country’s healthcare companies?

Magid: The unified contract represented the fruit of the meetings held within the committee, and stipulates that obligations of the Misr Insurance Holding Company towards Egypt’s healthcare companies. The contract states that the Misr Insurance Holding Company release medical insurance documents for the benefit of patients, informing healthcare companies of such documents and any amendments that may be made to them.

The contract stipulates that the Misr Insurance Holding Company pay the claims of health service providers after reviewing their financial and logistical contents, while health insurance companies are required to pay the administrative fees of healthcare companies as stipulated in the contract. Healthcare companies on the other hand are given eight specific obligations towards insurance companies as stipulated in the contract, which include the preparation and establishment of a service provider network for patients and reviewing the demands of health service providers and providing them what they need in the way of hospital, pharmacy and outpatient supplies, in addition to laboratories and radiology centres.

Responsibilities would also include the setting up of call centres and fax machines throughout medical facilities in addition to an expansion of emergency rooms, providing 24-hour patient service centres, granting medical approvals, and appointing primary care doctors. The last of healthcare company obligations as stipulated in recently drafted unified contract would require that they also allow the Misr Insurance Holding Company to review all medical, logistical and administrative procedures conducted by such companies, making statistics on such procedures available on an advanced computerised system.