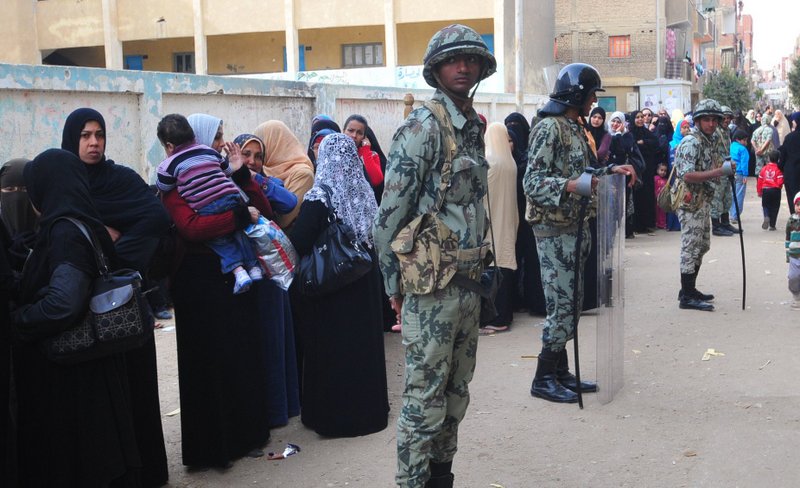 The Supreme Constitutional Court (SCC) ruled on Saturday it was unconstitutional to exclude police and army officers from voting, a policy which has been in place since 1923 according to Ibrahim Darwish, a professor of constitutional law and review at Cairo University. The move has garnered criticism from the Freedom and Justice Party (FJP) and has not been met favourably by individual members of other political movements.

Darwish said the reason behind the exclusion of army and police officers from the voting process is to ensure the army and the state does not influence the elections. “Egypt is completely different from other countries such as the United States,” Darwish said. “We do not want the army and the police involved in our politics.”

“Assume we accept their right to vote, and two officers supporting different political parties find themselves stationed in the same camp,” Soudan said. “How would they deal with their differences? How can they protect the borders or polling stations when their relationship is strained because of differences in ideology?”

Soudan stressed that the role of the army and the police is to protect the country and therefore they are armed. “They carry guns, making the situation even more dangerous,” he said. “It is better if they stay away from politics until they retire from the police force or leave the army after their mandatory period, then they can go and work with different political parties.”

Soudan argued that if given the right to vote, there would be no one left to protect the polling stations and electoral procedures.

“Soldiers only serve temporarily,” Soudan said referring to the mandatory conscription period ranging from one to three years. “This means they would only miss out on one election. When they finish their service they can vote and participate in the political sphere.”

The FJP’s Media  Consultant  Mourad Ali also said, “someone is trying to drag the police and the army into a political struggle,” adding that it is strange that the SCC has called for their participation in elections which raises many questions.

The National Salvation Front (NSF) has yet to adopt a formal position on the matter. According to their spokesperson, Ahmed Hawary, the NSF would most likely stand against the SCC’s decision given the current political situation and the series of allegations laid against police and army personnel during the last election.

“In my personal view, officers should have the right to vote, but currently due to the continuous use of our police force and army officers in corrupting the election process the time is simply not right,” Hawary said.

During the last elections, when President Mohamed Morsi was elected, many allegations of voter fraud emerged. Police and army officers were accused of being handed national ID cards in order to vote. Hawary claimed there is proof that such acts were endemic, and the Ministry of Interior has “a long tradition of using conscripts to tamper with the ballots in favour of a specific candidate”.

“If the revolution was successful in getting the Ministry of Interior restructured and the army transparent we would all be fighting for the officers’ right to vote,” Hawary said. “Currently however, we know that the conscripts will be coerced to vote in favour of one candidate or another.”

“I understand why the SCC would rule in favour of their rights, it is understandable but horrible timing.”