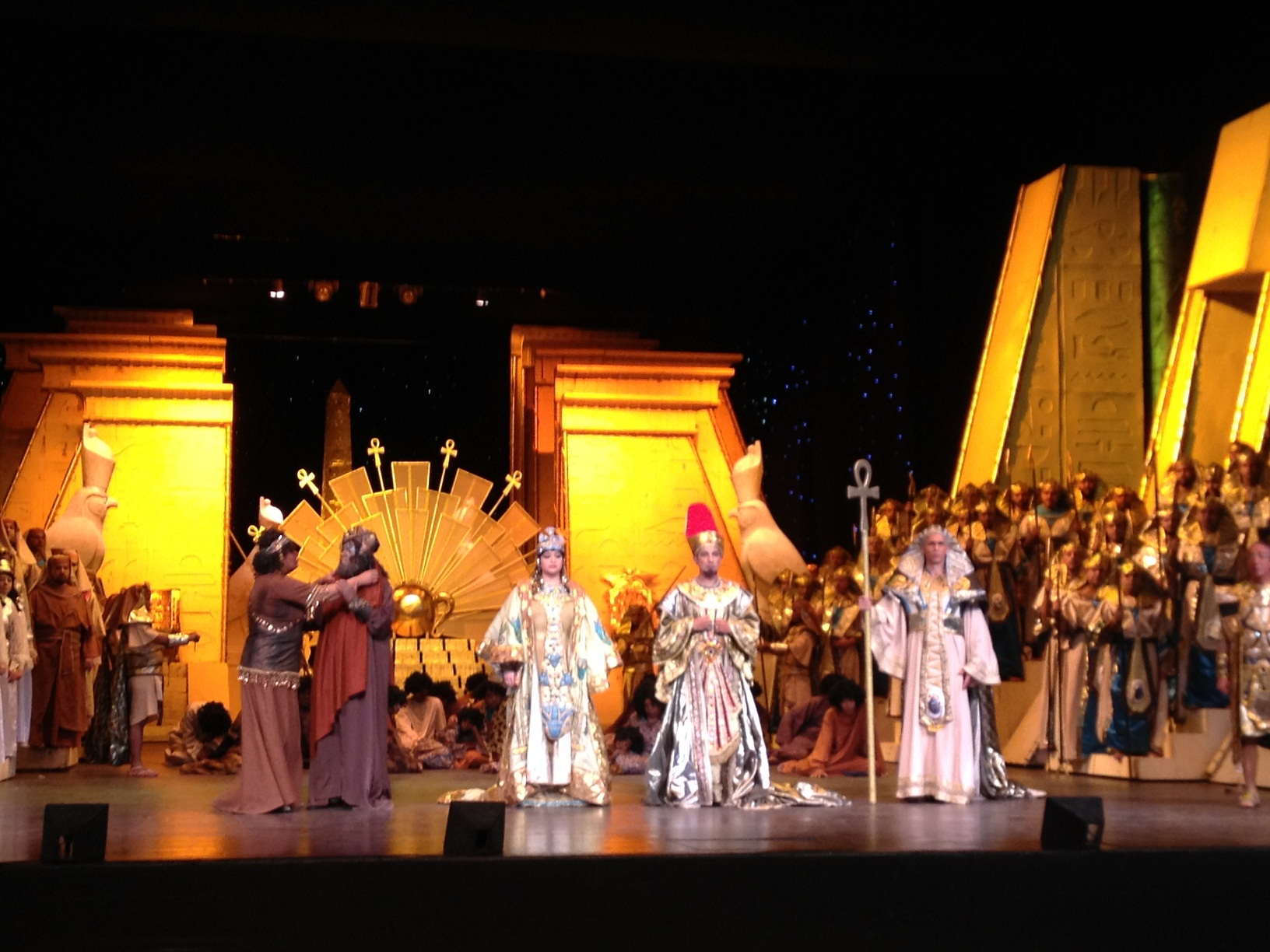 The first time Verdi’s Aida was performed was at the Khedival Opera House in 1871. Commissioned by Ismail Pasha, it is believed that Verdi received 150,000 francs for it – quite a sum at that time. During the 1990s the Opera was regularly performed in Luxor as a gala event, with scores of people in gowns and tuxedos filing into Luxor Temple. These performances had attracted dozens of tourists to the region, and the preparation for the event was an annual affair. In 1997, however, terrorist attacks and the resultant fear for the temple’s safety saw the gala’s cancelation and the opera’s return to Cairo.

On Friday 24 May, Aida was performed at the Cairo Opera House as the first performance of four to be staged this season. The main focus of the story is the love triangle between Radamis, performed by Antonio De Palma, Aida, performed by Iman Moustafa and Amneris, performed by Jolie Faizy.

The performance started out a bit weak, with the singers seeming a bit flustered around the stage, but things picked up after the first scene, and soon they were in sync with the music. The orchestra, led by Maestro Nayer Nagi, did a great job in relaying the different emotions of the opera. The ballet company surprisingly performed better than usual, and they appeared to be in sync. There was a brief introduction of the younger ballet company, who played the part of the court’s slaves.

The real star of the show was Jolie Faizy, who did a wonderful job relaying the emotions of Amneris. At first, the princess seems defiant of Aida and Radamis’ love affair, and Faizy ably conveys the princess’ need for revenge. In the last scene, when Radamis is sentenced to death for betraying the country, Amneris portrays her feelings of confusion and despair very well; she is as good an actor as she is a singer.

The effort that the Cairo Opera House put into the set decorations really showed. For each scene the stage was completely transformed. At one point the opera’s events take place by the Nile, and the stage was decorated with palm trees, a blue background, and a group of snakes. They also did a good job on the wardrobe, although sometimes the singers seemed to trip on their long robes. The ballerinas’ costumes were especially nice, highlighting the flow of their movements.

Another interesting addition was the Arabic subtitling of the performance, shown on screens next to the stage, helping audiences keep up with the thrills of the story.