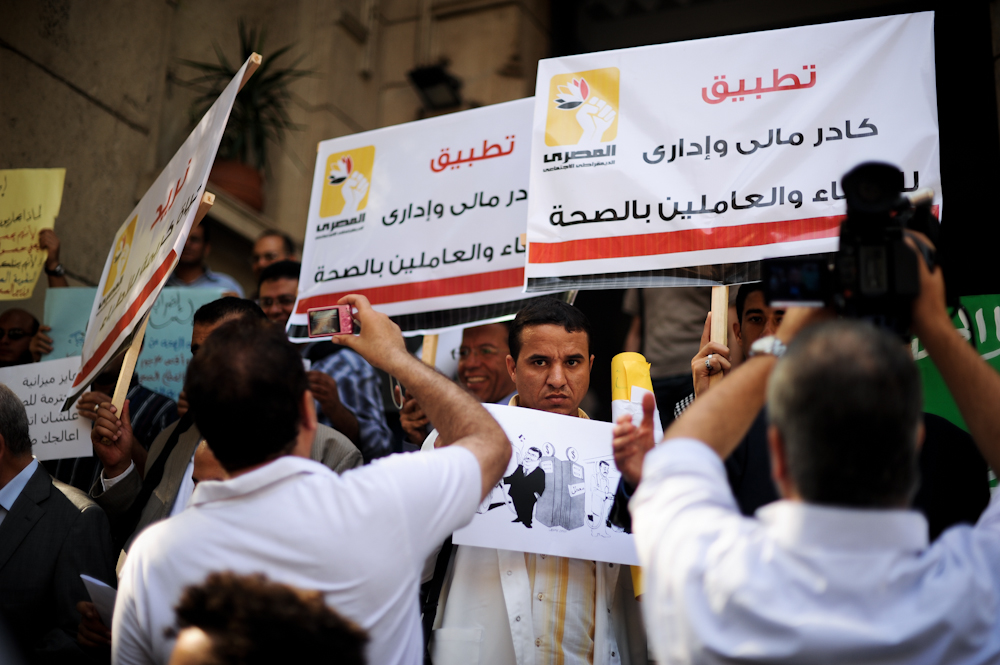 Doctors in BeniSuef GeneralHospital’s emergency department have started a strike in response to an assault on one of the doctors on Sunday.

The strike, which started on Sunday, has continued until Monday afternoon. Ola Yassin, the secretary general of the Beni Suef branch of the Doctors’ Syndicate and a doctor at the hospital, said the doctors are planning to remain on strike until security is provided.

The strike started when a man, known to be a registered convict, beat a doctor and tried to attack another orthopaedic doctor with a bladed weapon.   “Security personnel were there but did not intervene,” she said. After the assault, the offender got on his motorcycle and fled the scene.

The strike was started by orthopaedic doctors who were later joined by surgeons and other doctors from the hospital.

Regarding whether or not the strike will take escalatory steps, Yassin said: “Is there more than the emergency department in the biggest hospital in Beni Suef being shut down?” The majority of accident victims in Beni Suef receive their treatment in Beni Suef General Hospital.

Yassin said the syndicate supports the strike until they are provided with security “in order to preserve their lives”. After every incident, the doctors are promised that there will be more security, she said, adding that they have been hearing these promises for the past five or six months.

Last October, doctors started a strike demanding better pay, a higher state budget for health and harsher punishment against anyone who commits a crime against hospital staff. On 19 May, the Doctors’ Syndicate presented a new plan for security enforcement inside hospitals.

A doctors’ rights group called Doctors Without Rights recently demanded that people who attack hospitals be charged with attempted murder. Along with the demand, the rights group announced they will be organising a protest in front of the Ministry of Health on 15 June.