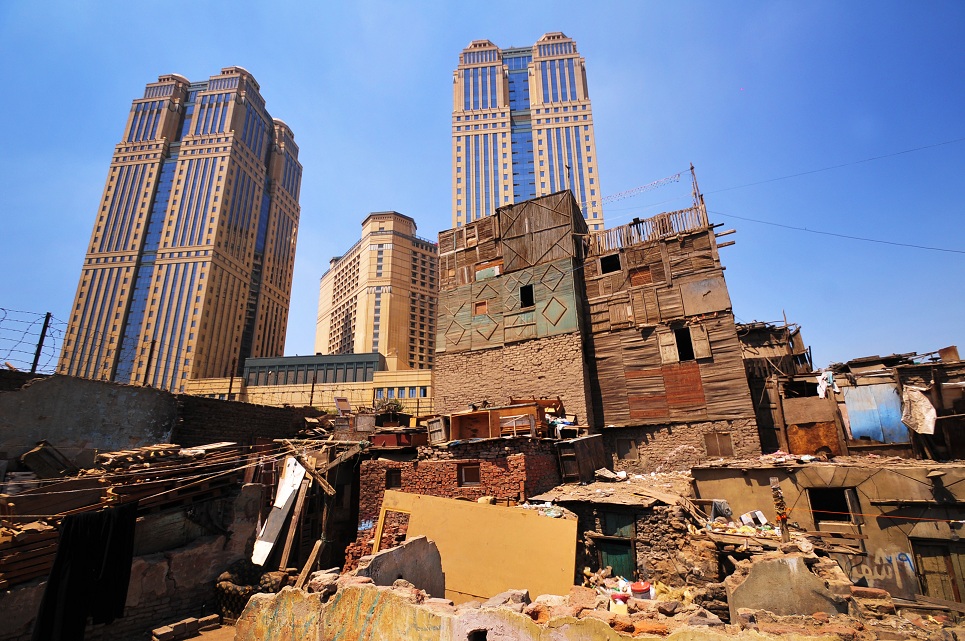 “We started our defence argument today for the first 10 defendants and the court postponed the case. We will be defending the rest of the detainees in the coming sessions,” defence lawyer Mohamed Adel, a member of the Egyptian Centre for Economic and Social Rights (ECESR) legal unit, said.

The incident led to clashes between enraged residents and police in front of the tower. Police arrested 51 people in the aftermath and charged them with rioting and vandalising the hotel.

Residents have since been complaining of an arbitrary arrest and police brutality campaign. Some faced arbitrary police raids on their houses, with policemen sometimes seizing their money or possessions. The prosecution investigated those claims but charged no police officers.

Defence lawyers from the ECESR told the court many of the detainees, including children, had been tortured in detention. They also said police had taken several of the area’s women hostages to force their male relatives to hand themselves in.

Hamdy Al-Ghafir, one of the defence lawyers, revealed at a previous session that a 16-year-old defendant had only been arrested because his name was similar to that of another man on the run who is wanted for the case.

Separate from the criminal case proceedings, the residents of Ramlet Boulaq have filed a lawsuit against the Cairo governor with the Administrative Judiciary Court demanding the reversal of his decision to seize their lands.

Residents have long complained they have been facing forced migration attempts at the hands of the government allegedly on behalf of businessman Naguib Sawiris who owns the nearby Nile City Towers and wants the land on which their shacks are located for expansion plans.

ECESR lawyers argue that a land seizure order is illegal and that the governor should have instead issued a temporary eviction order. Land seizure decisions are temporary and are usually taken when the government plans to renovate, restore or generally improve an area.

The lawyers argue that in this case the Cairo governorate plans to do none of these things, it just plans on removing the houses there, which means the governor should have issued an eviction order not a seizure order.

The Administrative Judiciary Court is scheduled to make a ruling on Tuesday.