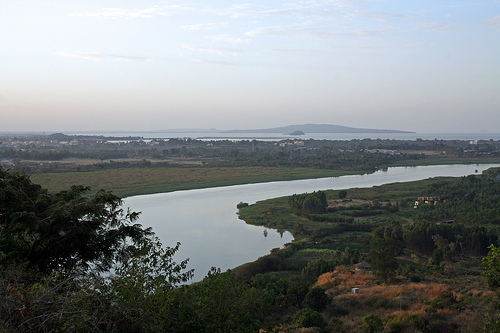 The Ethiopian government held a ceremony on Tuesday at the construction site of the Ethiopian Grand Renaissance Dam to mark the beginning of diverting the waters from one of the Nile’s main tributaries, the Blue Nile. The diversion of the water is part of the renaissance dam project that Ethiopian officials insist will not affect Egypt’s water supply.

Egyptian Minister of Water and Irrigation Mohamed Bahaa Al-Din published a statement on Tuesday in response to the diversion stressing that it is just an “engineering procedure to prepare the site in order to start the construction process”. He added the diversion process would not stop the water from flowing down river to Egypt.

Bahaa Al-Din said that this process started “some time ago” and does not mean that Egypt has approved the building of the dam. “We are still waiting for the outcome of the work of the tripartite commission,” he asserted, adding that the commission’s report is due to be released in the next few days. Egypt’s position against the dam’s construction remains if it would negatively impact upon Egypt’s water share. He said there is a crisis of water distribution and management in Egypt and added that “we cannot neglect a single drop of water, which comes from the Upper Nile”.

The minister reiterated that Egypt is not opposed to “any development project in any country of the Nile Basin” as long as it does not “damage the downstream countries of Egypt and Sudan”. He also revealed that there are plans in place to respond to the results of the tripartite commission report.

The topic of the dam, which Ethiopia intends to use to generate electricity, was one of the issues President Mohamed Morsi discussed with Ethiopian Prime Minister Hailemariam Desalegn. During their meeting Deslalegn stressed that the dam would not affect the water share or the interests of both Sudan and Egypt.