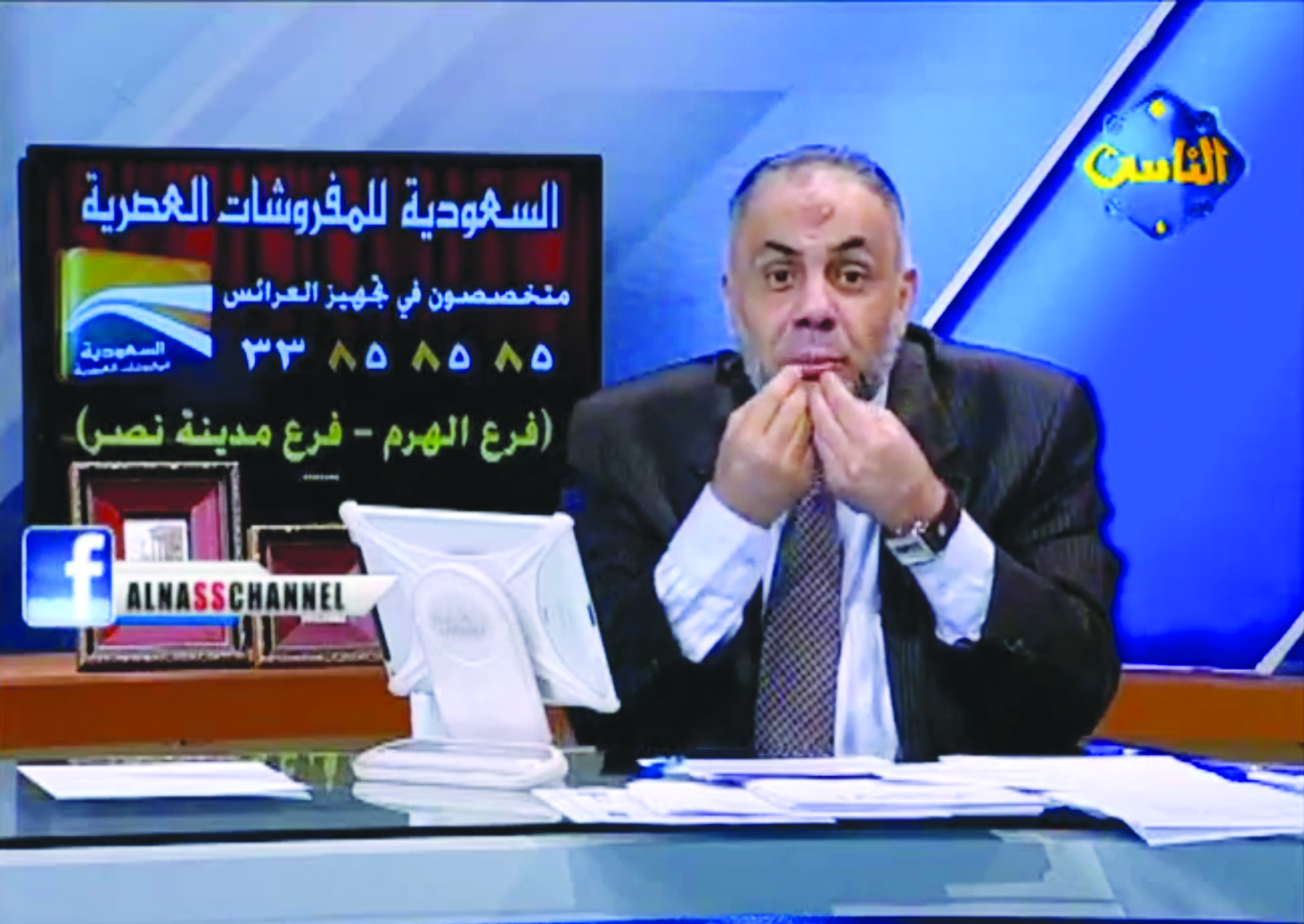 Islamist TV presenter Khaled Abdullah has been sentenced to a suspended sentence of three years in prison and subject to a fine of EGP 10,000.

The suspended sentence was handed to him on Wednesday for the charge of slandering actress Hala Fakher. The court has also rejected Abdullah’s claims that Fakher insulted him. Fakher originally sued Abdullah in August 2012.

The saga began in July 2012 after Abdullah ridiculed Fakher for statements she made when she appeared as a guest on a television programme last year. During the show, Fakher was shown a picture of President Mohamed Morsi, which she responded to by sarcastically saying, “I do not know him… Does anyone know him?”

Seconds later, she asked, “Who are the people that who elected him, the ones who were given soap and oil?” The question was a reference to claims that Morsi gained an electoral advantage as a result of Muslim Brotherhood members distributing food and household products to voters.

Shortly after criticising Morsi, Fakher expressed her support for Ahmed Shafiq, the losing contender in the presidential race. “I voted for him [during both rounds of elections],” she said.

On his show, Abdullah replayed the clip of Fakher and commented that she is insulting the millions of Egyptians who voted for Morsi. He described her as someone who was not well brought-up and said that because Morsi is polite and is reaching out to everyone, it is the “immoral people” who are speaking up.

After Abdullah’s remarks, Fakher responded in another televised interview that the most offensive comment was his statements regarding her upbringing “because it concerns my father, may he rest in peace”, she said.