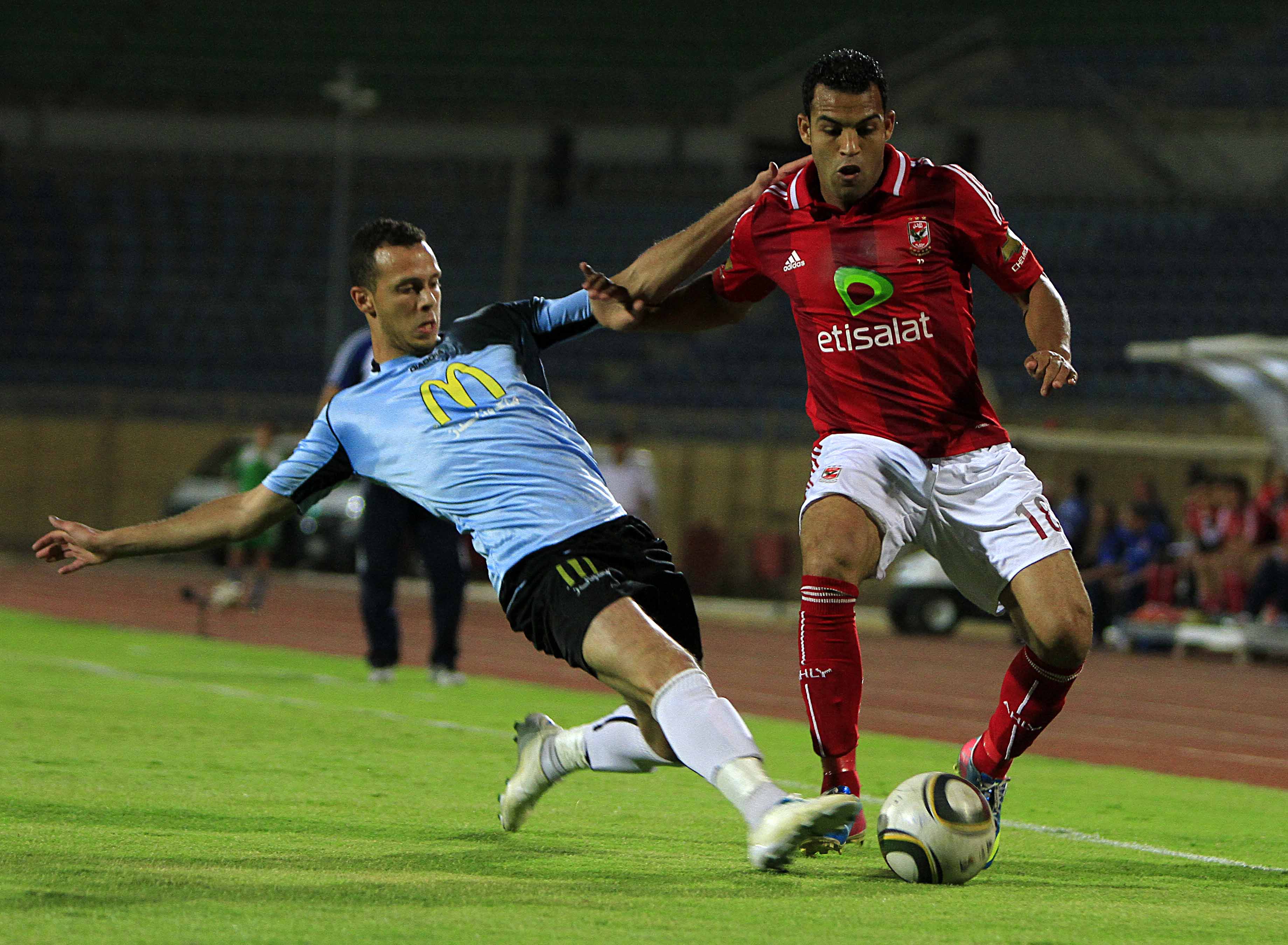 Al-Ahly remain in the lead of Group A after coming back from being one goal down to win the fixture against Ghazl El Mahala 2-1 on Tuesday.

Mahala’s goal came from Raed Mansy who showed power and pace to take on three Al-Ahly players and score in the 41st minute.

The Red Devils clinched victory from the jaws of defeat, however, when Waleed Soliman and Amr Gamal scored on the 86th and 89th minute respectively to bring the club its 12th victory this season and now level on points with Zamalek who lead in Group B despite their Monday defeat.

The White Knights lost 2-0 to Al-Ittihad Al-Sakandary with a quick-fire double from Mohamed Al-Morsi who scored on the 79th and 81st minute.

Both clubs now have a total of 36 points with two games left before the playoff between the top two of each group that will decide this season’s Egyptian Premier League champions.

So far second place is occupied by ENEPPI in Group A and Ismaily in Group B, both having held the positions since the start of the season.

ENEPPI beat Haras Al-Hodood 3-2 after having to equalise twice with goals for Haras Al-Hodood coming from Mohamed Abdel Fatah Shoula and Ahmed Hassan Mekki on the 40th and 53rd minutes respectively.

ENEPPI equalised the first time at the end of the first half on the 45th minute through Ahmed Omran. Mo’men Zakariya equalised again on the 68th before Ahmed Raouf put them in front again in the nick of time at the 89th minute.

The former Egyptian Cup winners are now in second place with 29 points from 15 games with Smouha three points behind them after securing a 2-0 victory over Ghazl El Mahala on Friday.

Over in Group B Ismaily are clear favourites for second position despite their 1-0 defeat to Al-Moqaweloon Al-Arab on Monday, with the goal coming on the 36th minute from Mohamed Rizk. Nonetheless the Darawish have 30 points from 15 games and maintain an 11-point gap between them and third-placed Ittihad El-Shorta.

With all teams having only one or two games left, the playoff is certain to include Al Ahly, Zamalek and Ismaily. ENEPPI is in the lead to fill the final playoff space but may face a challenge from Smouha.

The top four teams will compete in a two-round knockout competition to determine the champions also decide which African competition each team will qualify for next season.