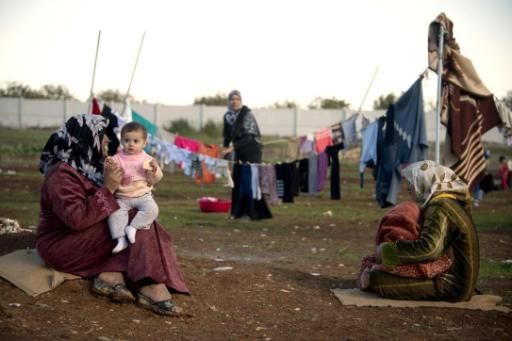 The United Nations’ World Food Programme (WFP) released a quarterly evaluation report on Wednesday detailing their activities in Syria, especially highlighting the plight of millions of internally displaced persons (IDP). The report highlighted three main issues facing Syrians on a daily basis as a result of the civil war: widespread fuel shortages, malnutrition, and an increase in the number of diseases being reported across the country.

The report said the WFP currently reaches nearly two million Syrians in need of food supplies such as cooking gas and bread, up from 50,000 since it began operations in December 2011. WFP distributes food and other necessity goods at several locations across all governorates in Syria. The report said supplies had been distributed in 194 locations across all 14 governorates, amounting to 584 trucks carrying enough food to feed 1,989,750 people.

WFP said its food distribution was irregular at best due to the deteriorating security conditions, meaning it could not guarantee regular distribution in any given area. As a result, the WFP’s distribution partner in Qamishli governorate, the Syrian Arab Red Crescent, has not been able to receive supplies for several months.

Fuel shortages have remained one of the biggest food security challenges in Syria, as the conflict has resulted in widespread shortages and skyrocketing prices. WFP said cooking gas is often impossible to come by even on the black market.

“In February, almost 70% of interviewed beneficiaries cited the lack of cooking fuel as the greatest challenge to meeting their food needs,” the report said. In Damascus the supply of cooking gas was nearly impossible to come by.

Bread is another major concern. The staple food is generally available in most locations monitored by the WFP, but in January the price of bread had quadrupled. “Some areas in rural Damascus reported that although bakeries were functioning at full capacity, they could not cover the needs of the total population, which now includes residents and IDPs,” the report concluded.

“Beneficiaries in rural Damascus (Keswe, Jeremana and Dmeir) reported that local bakeries did not receive the usual allocated amount of wheat flour and therefore could not meet the needs of the population.”

Other beneficiaries also reported they were compelled to purchase bread from the black market at exorbitant prices due to the distance of government subsidised bakeries. The Syrian government established distribution centres which the WFP says helps alleviate the burden on government bakeries.

In March civilians receiving aid from WFP said the distribution of wheat flour would help people to avoid queuing in the streets, a dangerous activity as bread lines have in the past been bombed. WFP responded by adding wheat flour to its list of supplies.

As food and fuel become harder to find in certain areas, WFP has seen an increase in cases of malnutrition. In March more than half of those who were found to be suffering from poor food consumption lived in shelters and had no access to humanitarian assistance. 75 percent of these individuals reportedly have no income and were consuming two meals or less per day.

From January to March WFP said there was an increase in the number of people interviewed who were malnourished and a decrease in those who had acceptable nutrition. WFP warned however that the interviews take place in different locations and with different groups, and as such no concrete conclusion can be drawn as yet.

Milk for babies, according to WFP, remains one of the most sought after food products in Syria. The report said there are no distributors in Syria handing out baby milk, resulting in beneficiaries selling rations such as rice, bulgur and macaroni to provide for their infants.

With malnutrition comes disease. The Syrian Arab Red Crescent reported “an alarming number of cases of hepatitis A” were diagnosed in accommodation centres in Tartous. The spread of skin diseases were also reported in rural Damascus, Lattakia and Tartous.

WFP said most beneficiaries only receive supplies every two or three months, attributable to the unpredictable nature of the conflict and the difficulty in establishing regular dispatches.