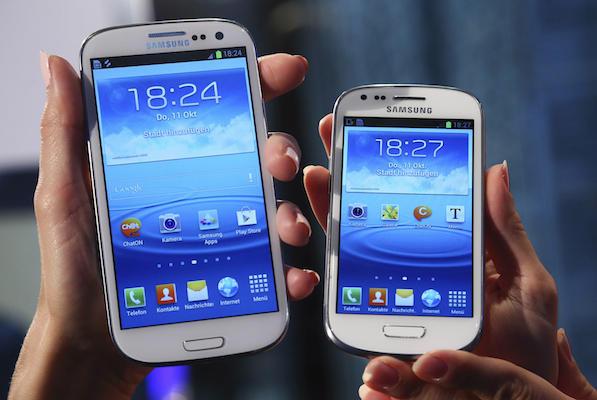 AFP – South Korea’s Samsung Electronics on Thursday unveiled a slimmed down version of its flagship Galaxy S4 smartphone as the company looks to tap the mid-range market.

The Galaxy S4 Mini has a scaled down 4.3-inch display and weighs in at 107 grams, making it easy to carry and operate with just one hand, the company said in a statement.

“We want to give people more choices with the Galaxy S4 mini — a similar look and feel to the Galaxy S4 but for more compact and practical usage,” said J.K. Shin, head of Samsung’s IT and mobile communication division.

The S4 Mini’s release follows a pattern for the company of releasing variations of its top phones at different price points in order to target budget-conscious customers, though Samsung has not yet announced its price or launch date.

The full-sized S4, with its high-definition, five-inch screen, has become Samsung’s fastest selling smartphone to date, shifting more than 10 million units globally within a month of its April 26 launch.

The world’s top handset maker hopes the S4 will expand its presence in high-end markets in the United States and elsewhere, crowding out archrival Apple and its iconic iPhone.