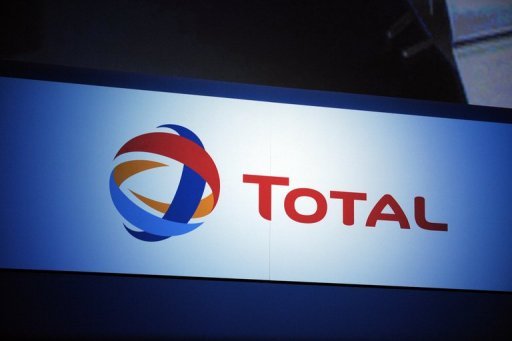 By Paul Handley (AFP) – French oil giant Total agreed Wednesday to pay US authorities $398.2 million to settle charges that it bribed officials in Iran to secure oil and gas concessions.

Prosecutors in Paris working with Washington in the same investigation meanwhile moved to have the company and its chief executive Christophe de Margerie charged with violating French bribery laws.

Bringing to a head a case rooted in the 1990s, the US Department of Justice announced it was fining Total $245.2 million for violations of the Foreign Corrupt Practices Act (FCPA), which seeks to stop bribery in foreign countries by companies with a significant US presence.

In addition, the Securities and Exchange Commission penalized Total, whose shares trade as American Depositary Receipts on the New York Stock Exchange, another $153 million in disgorgement of profits from the tainted Iran deals.

The fines had been expected since last year, when Total set aside $398 million in provisions for them.

The charges stemmed from some $60 million in bribes that Total intermediaries paid Iranian officials between 1995 and 2004 to obtain the rights to develop several oil and gas fields, the Justice Department said.

Total has been under investigation in the United States since 2003 and in France since 2006, and US authorities have worked together with French officials in the lengthy probe.

The Justice Department said the bribes began in 1995 when Total tried to reenter the Iranian market by obtaining rights from the National Iranian Oil Company to develop two fields known as Sirra A and Sirra E.

Total paid around $16 million to an Iranian official via a fake consulting agreement to make the deal happen.

In 1997, Total began paying another $44 million via a second consulting arrangement for rights to develop part of the South Pars gas field, the world’s largest.

“Total mischaracterized the unlawful payments as ‘business development expenses’ when they were, in fact, bribes designed to corruptly influence a foreign official,” the department said.

The US case was resolved in a deferred prosecution agreement, which set aside three criminal charges for three years to see if Total complies with the deal.

Total admitted it was “responsible” under US law for the bribes, agreed to pay the fines, and committed to implementing controls to prevent FCPA violations and to retaining an independent corporate compliance monitor.

“Today’s deferred prosecution agreement, with both its punitive and forward-looking compliance provisions, dovetails with our goals of bringing violators to justice and preventing future misconduct,” said US Attorney Neil MacBride.

“These settlements… allow us to put an end to this investigation,” said Total chief financial officer Patrick de la Chevardiere in a statement.

“We look forward to continuing our work and in demonstrating our strong commitment to ensuring ethical and legal compliance with the laws around the world.”

Despite the resolution of the US case, Total faced more trouble in France as prosecutors sought charges of corruption and misuse of funds against the company and de Margerie, who was director of Total’s Middle East department at the time of the bribes.

Also recommended for prosecution in the case were Iranian businessman Bijan Dadfar and an oil industry consultant, Abbas Yazdi.

De Margerie was questioned in the case in March 2007, as were other Total executives.

In Paris, Total told AFP Wednesday that the company would challenge the French accusations.

“In the event of a trial, Total and its chief executive for the Middle East at the time will argue that the behavior that they are accused of was completely legal under French law,” the company said in an emailed statement.