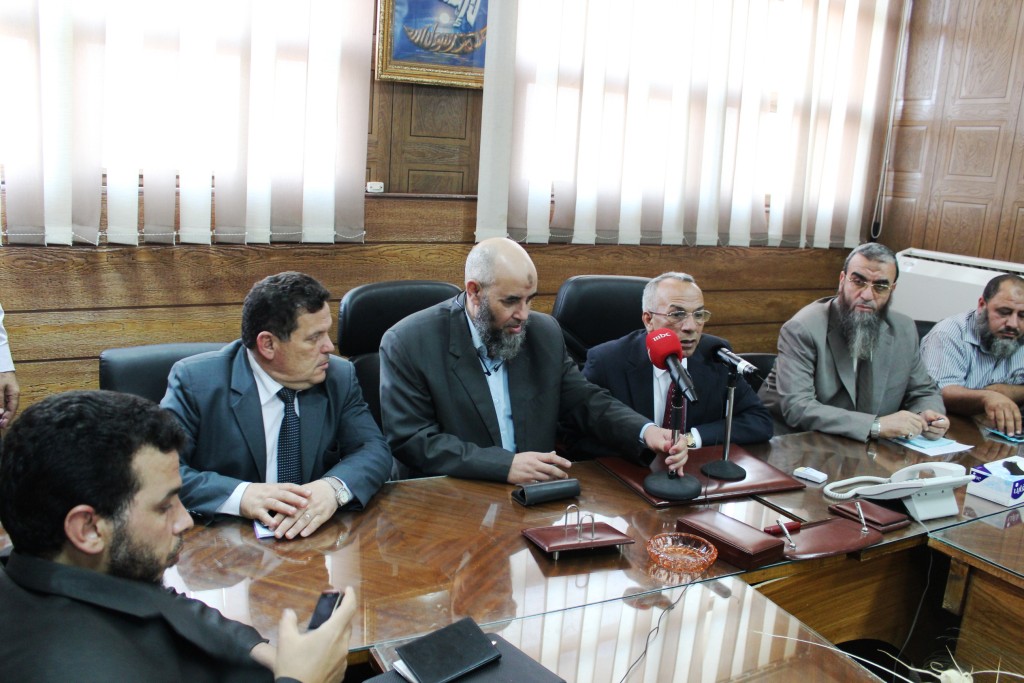 By Basil El-Dabh and Nasser Al-Azazy

The development of Sinai is a national security issue, said Chairman of the Al-Nour Party Younis Makhyoun on Thursday, calling to revisit the Camp David Accords.

The head of the influential Salafi party accused the government of deliberately neglecting the volatile peninsula over the past decades, despite Sinai’s access to “many resources”.

Makhyoun added that the Camp David agreement had hindered the development process in Sinai.

The party head’s statements came during a meeting with the Governor of North Sinai Major General Sayed Abdel Fattah Harhouras as part of a visit to the governorate that has experienced a wide range of security concerns.

The Al-Nour Party’s delegation also included the head of the party’s parliamentary bloc in the Shura Council Abdallah Badran, Assistant Secretary of the party Tarek Dessouki, along with other MPs belonging to the Salafi party.

Makhyoun announced that the Al-Nour Party had formed a committee, headed by Dessouki, to study the political, economic, social, and security obstacles facing Sinai, saying that this committee would work to propose legislation based on its findings.

“We have solutions to all of Sinai’s problems,” said Makhyoun in a press conference following his meeting with Harhour. “And there must be dialogue with violent groups through intellectual confrontations.”

The kidnapping and subsequent release of seven conscripts earlier this month refocused the attention of the government and politicians on means of solving Sinai’s security concerns.

The Misr Al-Qawia Party also called for a revisiting of the Camp David agreements, saying Egypt suffered from a “lack of sovereignty” as a result of the peace settlement’s conditions. The party stated that the Egyptian military needed to be allowed to work uninhibited across all of Sinai in order to secure it from elements creating security issues.

Makhyoun originally reacted to the resolution of the hostage crises by calling it a “wake-up call” to the gravity of the situation in Sinai, calling for national reconciliation so that positive steps could be made in developing Sinai.