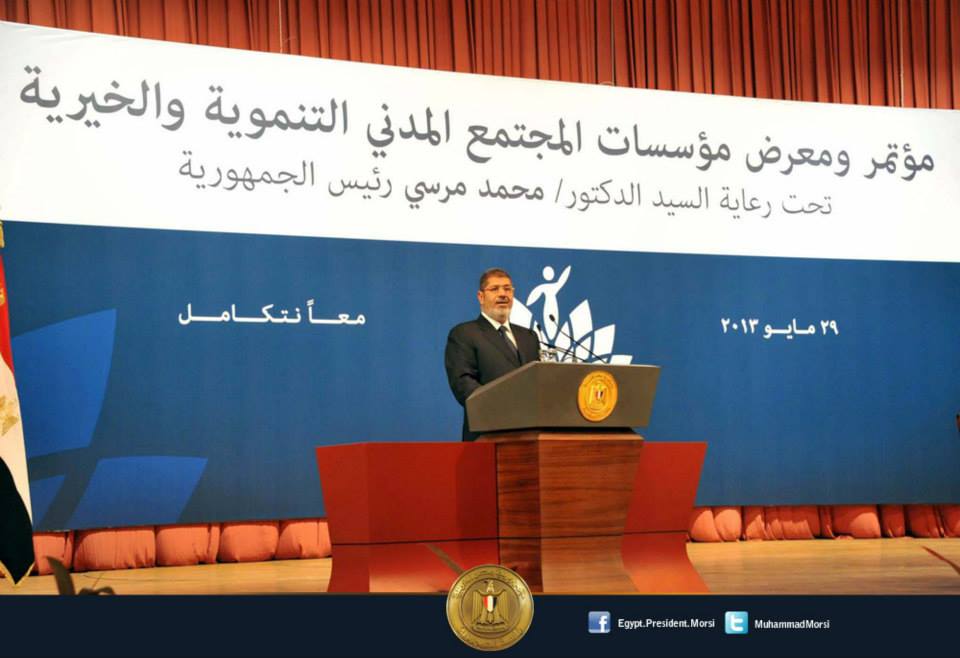 The Muslim Brotherhood and its political wing, the Freedom and Justice Party, are seeking to impose further restrictions on the freedom of association, building on the foundation of oppression set by former President Hosni Mubarak, said 40 human rights organisations in a Friday statement.

The 40 civil society groups, which claimed that the Muslim Brotherhood was laying the groundwork for a new police state, reacted to the submission of a draft NGO law from the presidency in a joint statement.

The draft submitted by the presidency this week stipulates that a “coordinating committee” oversee the affairs of civil society groups, especially as it relates to foreign funding and licensing. The statement pointed out that this committee could contain members of the country’s security apparatus as had been detailed in previous drafts of the NGO law.

Such a coordinating committee, the organisations argued, could hinder human rights progress in Egypt by stifling funding for certain groups.

The statement said Article 13 of the draft made foreign funding more difficult than under the previous law.

The groups also stated that the draft law violated Article 51 of the newly passed constitution. The article states that citizens can establish civil institutions “subject to notification only” and that they can operate freely, stopped only by a court order. The civil society organisations pointed out that the draft NGO law operated on licences, not notices. They added that it followed an authoritarian pattern when it came to monitoring NGOs.

The draft law, the statement said, was clearly hostile towards the establishment of foreign NGOs in Egypt and would make it tougher for those already present in Egypt, as all actions carried out by these foreign organisations come with coordinating committee oversight.

The organisations said they categorically rejected the proposed bill, citing increased security and administrative control over civil society in a manner they considered “hostile to the right of freedom of association”.