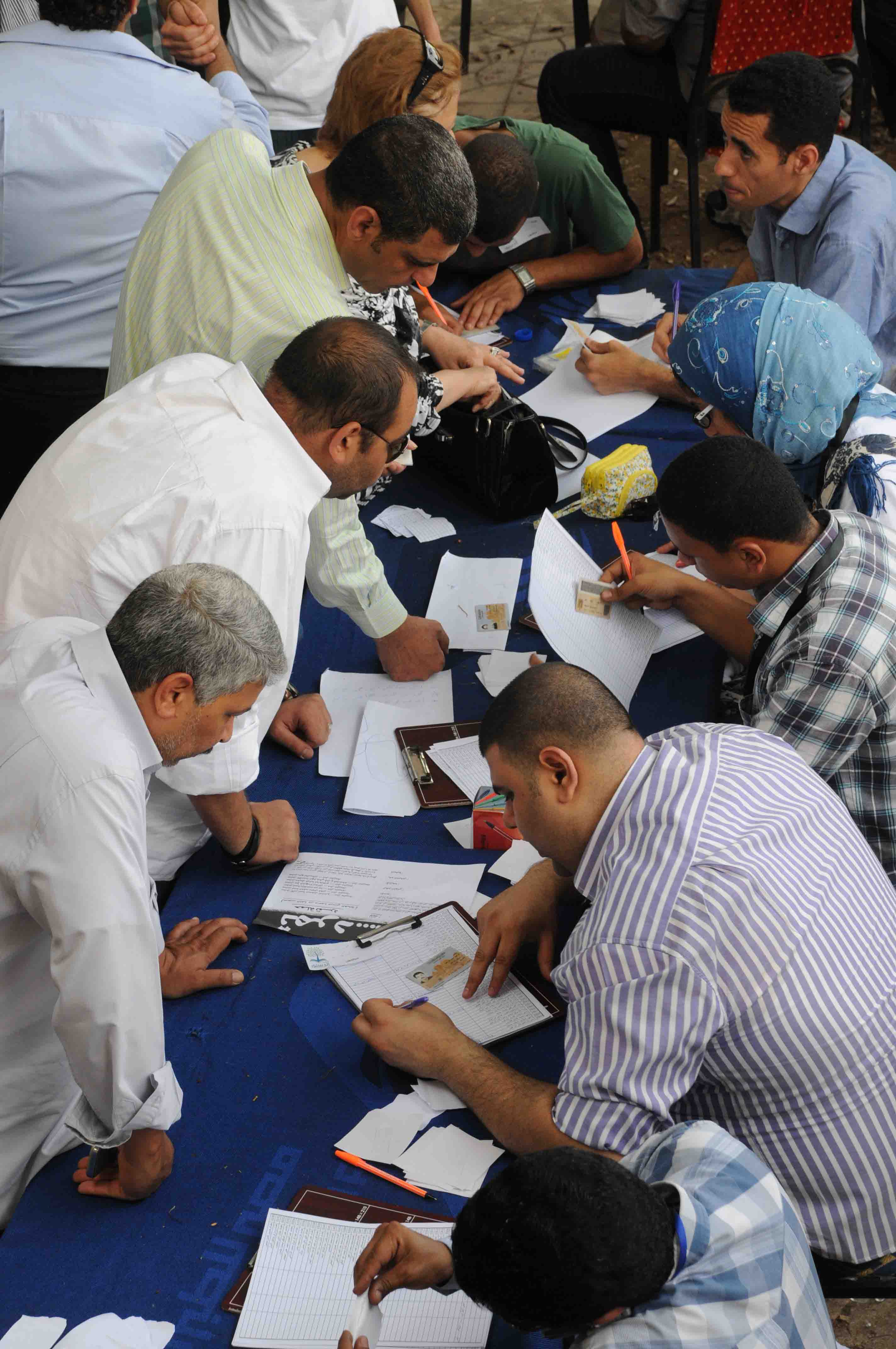 Party youth had held a sit-in inside the party headquarters in April calling for internal elections and restructuring the Al-Dostour’s Cairo office.

Due to the size of Cairo’s population and the large number of party members within it, the Cairo office was divided into four sectors: Mid and West Cairo, North Cairo, East Cairo, and South Cairo. Each sector would have its own officer and executive office to improve the administrative and political efficiency of the party.

“An officer for the entire Cairo office will be elected from the four sector officers,” said Mohamed Haggag, newly elected officer for Mid and West Cairo.

Elections in the party’s Giza office are due to be held on 7 and 28 June, said party member Hazem Al-Zohiry. Elections have already been held in the offices of Sharqeya, Alexandria and Menufiya. In September, marking a year since the party’s establishment, a general assembly would be held to elect party leaders.

During the elections, Al-Dostour Chairman Mohamed ElBaradei stated that the elections are a step forward, reported state-owned Al-Ahram. He described the party youth as the foundation of the party that would rule Egypt in the future.

“The elections fulfil the demands of the sit-in,” Al-Zohiry said. The party member had participated in the April sit-in.

The rift inside the party was exacerbated in January after the death of party member Sha’arawy Abdel Baqy Sha’arawy from a heart attack during a party meeting. Sha’arawy died after fierce discussions during which he advocated for party representatives to be elected rather than appointed. He had devised a vision to restructure the party through democratic means.

In January 2013, around 120 of the party youth staged a sit-in in objection to decisions by ElBaradei to appoint members in influential committees and his refusal to dismiss other members. The protest came to an end on 14 January after ElBaradei agreed to meet members and discuss their demands.