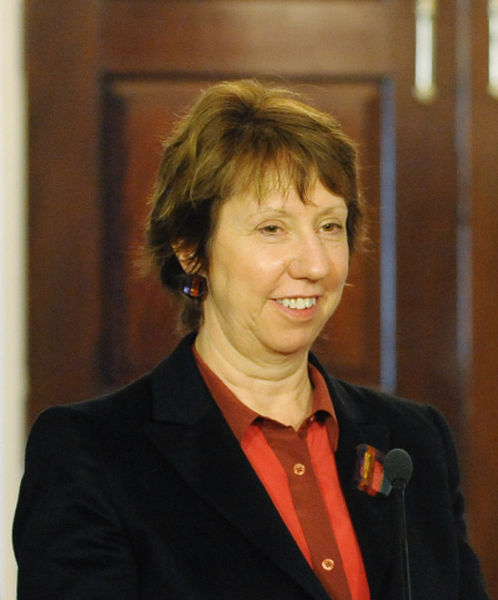 The government’s proposed NGO law is “potentially constraining”, said High Representative of the EU’s Union for Foreign Affairs Security Policy and Vice President of the Commission Catherine Ashton, according to a statement issued by her office on Sunday.

“The High Representative fears that the draft law still contains elements that can unnecessarily constrain the work of NGOs in Egypt and hinder our capacity as a foreign donor to support their work,” read the statement. “The draft law has to be in line with the international standards and obligations of Egypt.”

The statement said that the European Union had engaged with the government in providing technical advice in the process of drafting the new law that will regulate civil society organisations in Egypt.

“The EU remains fully committed to working closely with all stakeholders to ensure that an NGO law [that is] fully in line with best regional and international practice is adopted in Egypt,” added the statement.

Ashton is the most recent figure to criticise the draft NGO law assembled by the presidency. Earlier this week 40 civil society organisations strongly rejected the draft law, accusing the Muslim Brotherhood of attempting to extend the Mubarak regime’s mechanisms to suppress civil society.

The group of Egyptian civil society organisations said the draft law provides very difficult stipulations for foreign funding and establishes a “coordinating committee” that wields dominant control over the affairs of both foreign and domestic NGOs.

Human Rights Watch (HRW) also rejected the bill, saying it would allow the government and its security agencies to arbitrarily restrict the funding and operation of independent groups.

Presidential advisor for political affairs Pakinam El-Sharkawy defended the bill on Saturday, saying criticism of the draft was exaggerated, and insisting that the new mechanism overseeing NGOs would give them more freedom than it did in the past.