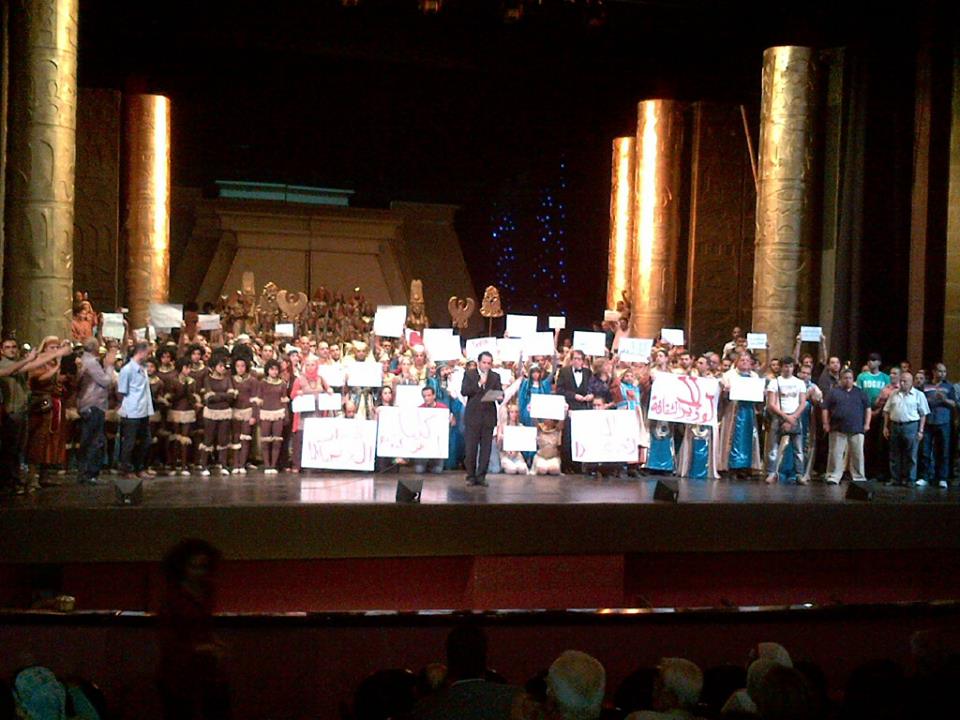 Concerts and performances will be resumed on Saturday, 1 June. In addition, Musician Omar Khairat decided to cancel all of his performances at the Cairo Opera House to protest Dr Ines Abdel Dayem’s dismissal.

For the first time in the history of the Cairo Opera House, the performance of Verdi’s opera Aida was cancelled. “Originally, [the cancellation of Opera Aida] was in solidarity with Dr Ines Abdel Dayem,” Nayer Nagi, director and principal conductor of the Cairo Opera Orchestra, said on Wednesday during an interview on ONTV. “The Cairo Opera House has been especially successful during the past period, and we see [the dismissal of Dr Abdel Dayem] as obstructing our work.”

The strike also coincided with a discussion in the Shura Council concerning the Cairo Opera House’s budget for foreign artistic companies. Even though the budget was decreased to EGP 5m, some members of the cultural committee objected, saying it should be reduced even more.

On Thursday, the Egyptian Creativity Front organised a protest in front of the opera house in Zamalek, where it demanded the resignation of Minister of Culture Dr Alaa Abdel Aziz and threatened to escalate the situation if its demand was not met.

On Friday, Nagui issued a statement on his Facebook page, saying, “There exists an enemy of intellect in Egypt which is not less dangerous than the Muslim Brotherhood, and it culminates in half-talented people who crave powerful positions.” He then encouraged people to unite, saying that the cancelling of a few shows will not affect them, but that Egypt will suffer without the “emanating light” of the Cairo Opera House.