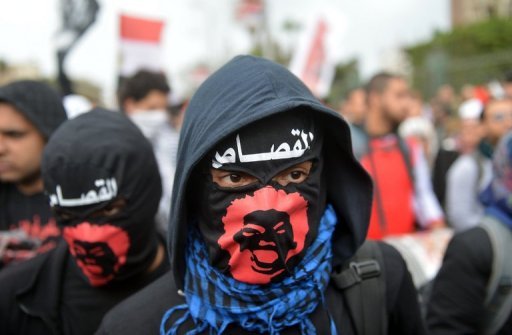 The Egyptian Initiative for Personal Rights (EIPR) issued a joint statement with El-Nadeem Center for Rehabilitation of Victims of Violence on Sunday demanding the release of a 19 year-old protestor from a psychiatric hospital.

According to the statement, Ahmed Mohamed Ali El-Sayed was arrested on 31 January during a protest and was accused of being a member of the Black Bloc and attempting to sneak into apartments in the Tahrir area of downtown Cairo.

Investigations proved that El-Sayed was not a member of the Black Bloc, but did demonstrate that he has been psychologically unstable since the death of his father, according to the statement.

On 7 March, a committee at the psychiatric hospital examining El-Sayed diagnosed him with “bipolar disorder accompanied by psychotic symptoms”, causing him to be unaware of his own actions.

On 24 March, El-Sayed was sentenced to detainment in a psychiatric hospital until he is fully cured, but without specifying the duration of his stay.

Aida Seif El-Dawla, psychiatry professor at Ain Shams University and member at the El-Nadeem Center, said that El-Sayed’s diagnosis showed that he was suffering from a temporary disorder, one which can be easily cured with medication and does not call for such detainment.

The statement said that the prosecution should have instead released El-Sayed for lack of evidence against him, pointing out the fact that El-Sayed’s psychological state poses no threat to himself or others.

According to the statement, an EIPR lawyer has appealed the case.