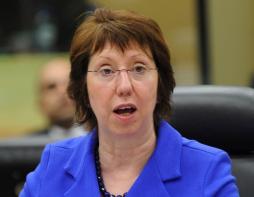 The Ministry of Foreign Affairs has responded to comments made by the United States Department of State expressing concern over the draft NGO law, believing it would restrict the actions of civil society groups in Egypt.

The ministry said in a statement published on Sunday evening that the draft law “is still in the development stage through a broad national dialogue with the participation of all national parties and relevant stakeholders”. It added that the there is also an “on-going dialogue with international experts to benefit from the best practices”.

“The formation of NGOs and civil institutions is a right guaranteed by the constitution,” said the statement, which added that Article 52 of the new constitution “guarantees them to function freely”.

“The NGO law of any country should meet its needs,” the statement read, adding that the ministry is confident the draft law being prepared will meet Egypt’s needs.

The statement pointed out that the Egyptian government acknowledges “the importance of NGOs in political, economic and social development”. It stressed that these organisations must be allowed to operate freely “in the framework of the law”.

The draft, currently being discussed by the Shura Council, “provides an atmosphere of freedom for [NGOs] and reduces government control over them”. Many critics of the draft have highlighted that the law allows for greater governmental control over civil society, which is one of the concerns raised by the US State Department in its comments made last Friday.

“The draft law still imposes significant government controls and restrictions on the activities and funding of civic groups,” US State Department spokesperson Jen Psaki said. She highlighted that this contradicts Egypt’s commitments under the International Covenant on Civil and Political Rights, which Egypt signed in 1967 and ratified in 1982.

“The United States believes the proposed law is likely to impede Egyptians’ ability to form civic groups,” she said, adding that such groups “are critical to advancing freedoms, supporting democracy, and acting as appropriate checks on the government”.

The draft NGO law has drawn criticism domestically and internationally. Most recently a coalition of 40 civil society groups accused the Muslim Brotherhood of laying the groundwork to form a new police state by imposing restrictions on NGO functions and operations. The National Salvation Front, Egypt’s largest opposition bloc, also accused the Brotherhood of pushing through the draft law in an attempt to repress civil society.