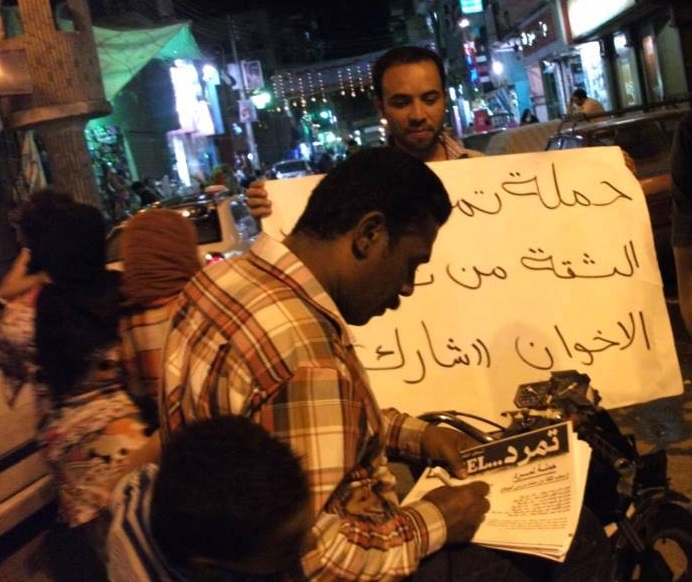 Four Tamarod members were detained on Sunday in Al-Sayeda Aisha and released the next day by Homeland Security.

“Tamarod members were performing a peaceful political activity when they were kidnapped and detained by Homeland Security, not knowing why they were taken and why they were released,” said Tamarod spokesperson Mai Wahba.

Wahba added that they will confer with their lawyers to take all necessary legal steps to protect Tamarod members from arrest or detainment by Homeland Security and the Muslim Brotherhood.

Wahba stated that the campaign’s collection of 7.5 million signatures withdrawing confidence in President Mohamed Morsi’s presidency has provoked reactions from the Muslim Brotherhood, alleging the Islamist group has been prompted to resort to violent measures.

The Free Egyptians Party office in Daher was recently attacked by unidentified gunmen, according to party member Belal Habash. The gunmen, he claimed, were searching for signed Tamarod petitions in the office, stealing laptops and mobile phones and attacking an office worker present at the time.

Habash said that the incident is still being investigated.