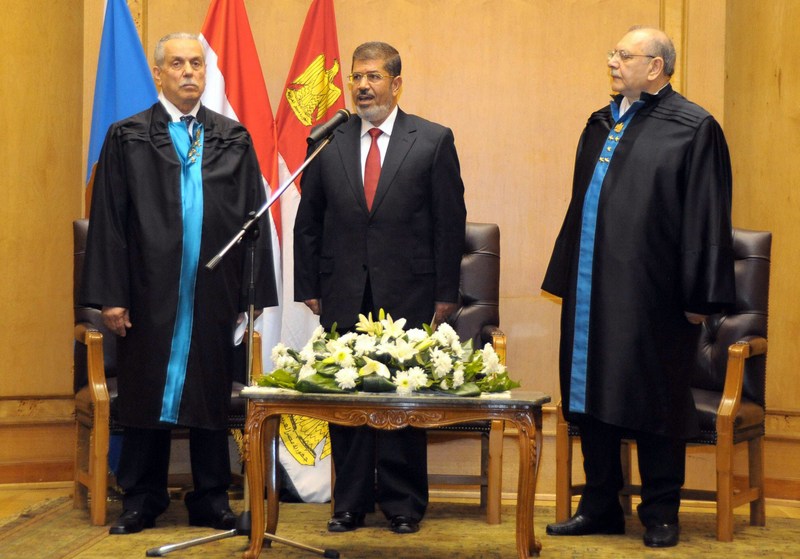 The Alliance of Revolutionary Forces provided its vision for a transitional government in a statement issued by the group on Tuesday.

The alliance put forth the plan to “complete the goals of the revolution” and to counter what it calls the Muslim Brotherhood’s dominance of the political scene.

The statement was released in anticipation of 30 June, when demonstrations against President Mohamed Morsi and the Muslim Brotherhood are expected to commence. The Alliance of Revolutionary Forces accused the Brotherhood of working in its own interest and that 30 June would present an opportunity to bring down the regime and “achieve the goals of the revolution”.

The group proposed assembling a transitional council for six months, made up of five people including the Chairman of the Supreme Constitutional Court and the Minister of Defence. The remaining three would be civilian figures, including one from an Islamist political current and two others from civil currents.

This council would have executive powers and be held accountable to a panel of approximately 20 constitutional judges. These judges would also be responsible for writing a new constitution. A “national salvation government”, which the statement says would be nonpartisan, would also be formed.

The Alliance of Revolutionary Forces also said that in its plan, all political prisoners would be released and all those who stood before military tribunals would be re-tried in civil courts.

The Shura Council would be dissolved and the panel of constitutional judges would issue a declaration in which it would review all laws passed in Egypt since 11 February 2011. The group also said that the transitional government would work to purge and restructure the Ministry of Interior.

The statement additionally called for “transitional justice” for those allegedly associated with the killing of demonstrators and the looting of state resources. The transition would also include a re-planning of the state’s budget to cover basic needs such as health and education for citizens while setting minimum and maximum wages.

“We emphasise that all constitutional amendments and laws will be reviewed and modified through community dialogue and with all concerned parts of the state and political parties,” said the statement from the group.

Following the transition, the roadmap would include new presidential and parliamentary elections.

30 June marks the one year anniversary of the beginning of Morsi’s presidential term. Tamarod, a petition campaign, has said it aims to collect 15 million signatures by that date and would mark the anniversary with protests calling for early presidential elections.