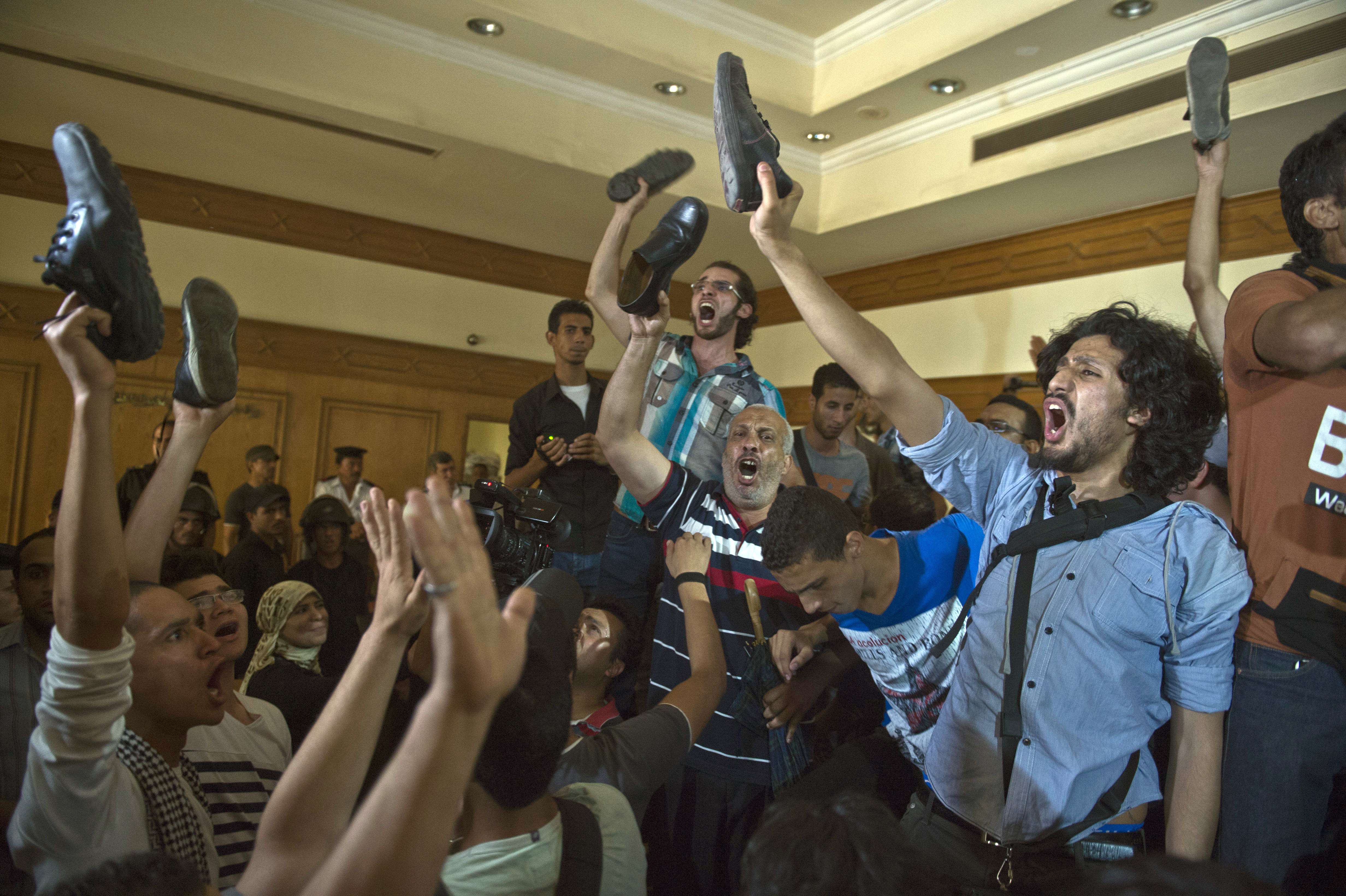 The Egyptian Organisation for Human Rights (EOHR) has called on President Mohamed Morsi to pardon activist Ahmed Douma, who was sentenced to prison on Monday for insulting the president. The EOHR also called on Morsi to amend legislation “that allows the issuance of such judgements, in order to safeguard freedom of opinion and expression.”

Douma, a freelance journalist and political activist, was sentenced by a misdemeanours court in Tanta to six months in jail and was ordered to pay EGP 5000 bail to suspend the sentence, in addition to an EGP 200 fine.

The EOHR published a statement on Monday following Douma’s sentence, which asserted: “The organisation considers the imprisonment of activists because of their views and their political positions a dangerous juncture in the history of the Egyptian state.” The EOHR considered Douma’s verdict a “stark provocation of the Egyptian people and sent them a strong message to submit and surrender.”

Head of the EOHR Hafez Abu Saada said the judgement against Douma is the “first judgement issued on charges of insulting the president since the Hosni Mubarak era.” Abu Saada asked: “How is it that murderers are released and political activists are imprisoned?”

Douma’s charges were related to comments made on a television programme on satellite channel Dream, where he called Morsi a “criminal, murderer, and a fugitive from justice.” He also repeated his comments on a different programme on the same channel.

Douma was previously imprisoned on charges of inciting violence during clashes at the cabinet building in December 2011 and was released the following April.