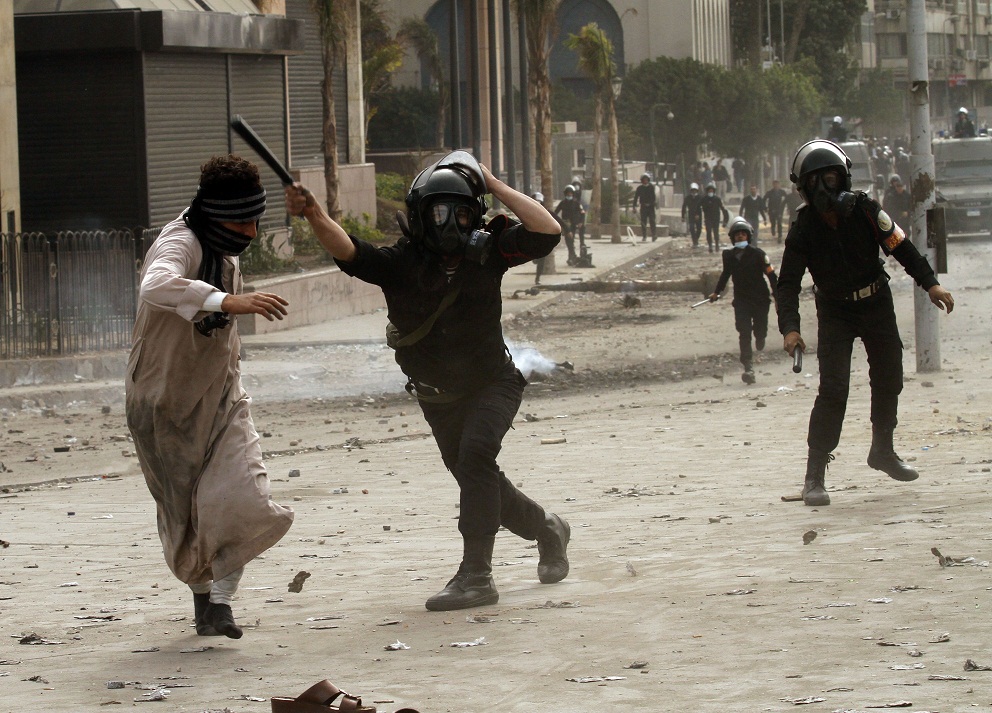 Twelve Egyptians were killed by police, 47 were tortured in police stations and prisons, and three were tortured at the hands of civilians during the month of May, according to a report issued by El-Nadeem Centre for the Psychological Rehabilitation of Victims of Violence of Torture.

El-Nadeem Centre provided a list of names of victims reportedly subjected to torture and killing by security personnel. The report also lists the incidents in chronological order across Egypt’s different governorates. In addition, the centre provided a list of testimonies, reports, and photos supporting each case of violence administered by Egyptian police.

“Every year we publish a report containing… a summary of newspapers and social networking sites of news and investigations of torture and ill treatment in Egypt,” reads the beginning of the 118-page report.

“[Given] the frequency of incidents, protests, and demonstration and with the continuation of repressive laws and even the imposing of a state of emergency in some governorates; and with security authorities resorting to using ammunition against protesters, the number of victims has increased, making it difficult to wait a full year before releasing a report documenting what is happening,” added the report.

Among the list of torture victims was Hamada Abou Sheita, who was arrested in September 2012 after being sentenced to death in absentia on charges of attacking security forces in 2011.

When an unknown armed group kidnapped seven conscripts in Sinai, they demanded the release of Abou Sheita, an alleged member of the jihadist movement Al-Tawhid Wal-Jihad. The Al-Nour Party submitted a report to the Shura Council regarding his torture.

May’s figures, according to El-Nadeem Centre, were down from April when it detailed 24 deaths in its report and 51 cases of torture.

In March, meanwhile, 18 civilians were allegedly killed by police, while there were 41 cases of torture.