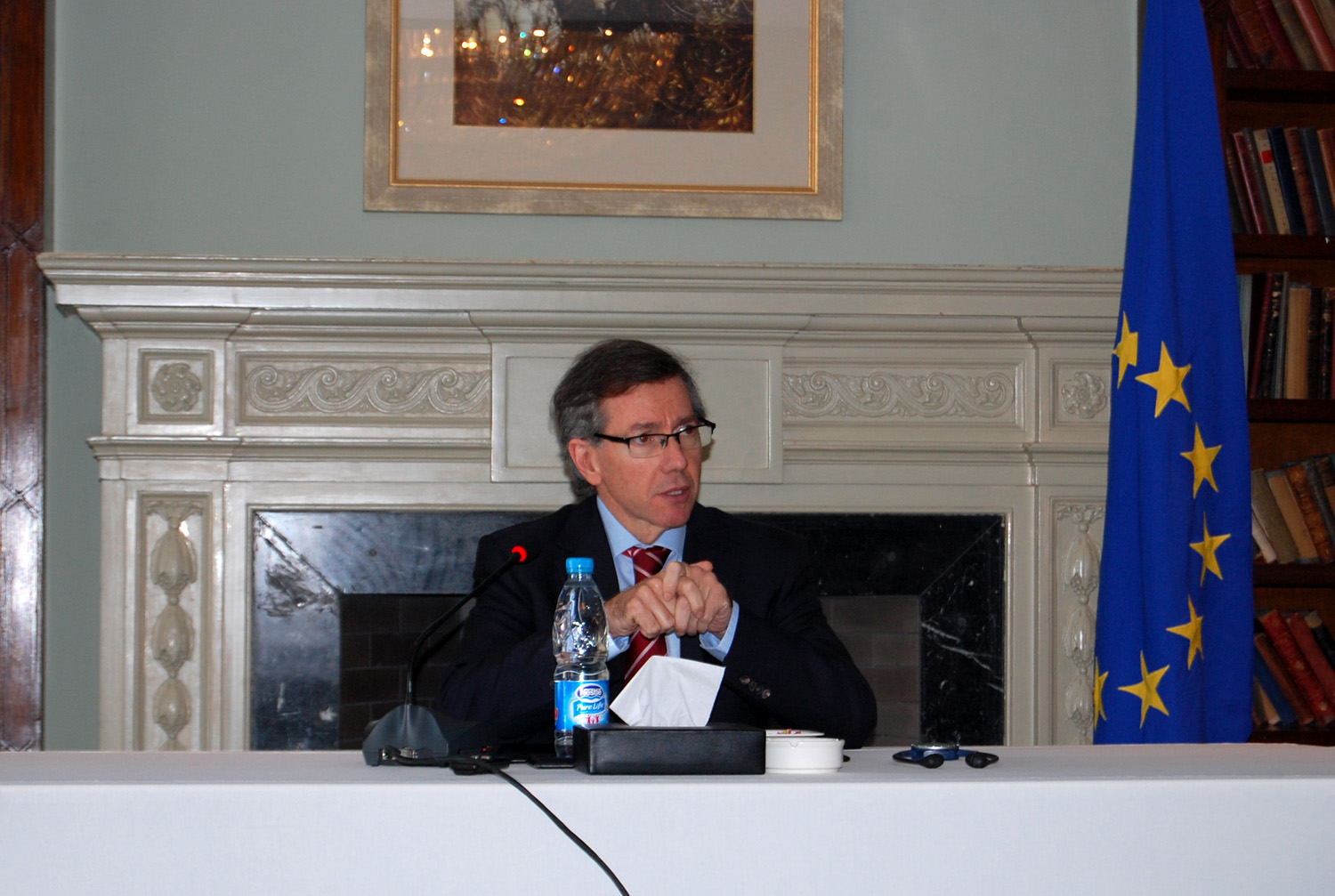 Governments of post-Arab Spring countries should listen to their citizens, said Bernardino Leon, European Union Special Representative for the Southern Mediterranean region, on Tuesday during a three-day seminar for journalists in Brussels, Aswat Masriya reported.

Leon commented on the turmoil Arab countries, particularly Egypt, are experiencing during the Euro-Mediterranean Relations and the Arab Spring: Two Years On seminar, organised by the European Parliament’s press service, in collaboration with the European Commission and the European Journalism Centre.

“Egypt has to listen to the Tamarod campaign and take their opinions into consideration when making decisions. It doesn’t matter whether they collected a hundred thousand or a hundred million signatures. What matters is listening to citizens even if they are a minority,” said Leon.

When confronted with statements that some European countries refuse to deal with Islamist governments, Leon said that there is no distinction between the types of government. The EU deals with any party the people have elected, he said.

“What we care about the most is participation, integration and dialogue and that is what we want for Egypt and any other country… and we will see the results of the upcoming elections,” added Leon.

Leon explained that the Egyptian government cannot embark on the road to democracy and make up for economic deficits on its own. The $4.8bn International Monetary Fund loan and the aid of the international community are crucial, Leon said.