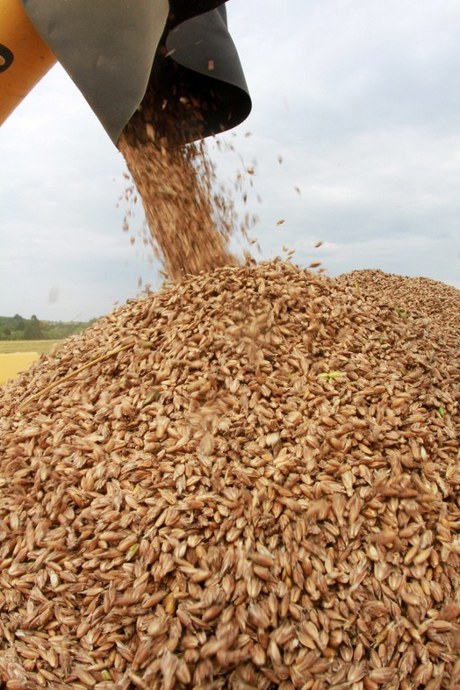 The Supply Ministry’s General Authority for Supply Commodities (GASC) said it has sufficient wheat stocks to meet demand through to the end of the year, as Egypt approaches the Islamic month of Ramadan, during which bread consumption increases.

Hesham Aboul Dahab of the ministry’s Food Division said local production of wheat has increased by around 300,000 tonnes in May as the cash-strapped government cuts on imports. “The numbers are expected to increase further so we can provide sufficient stocks until the end of this year,” Aboul Dahab said.

“GASC is expecting an additional two months of supply once the local harvest season ends, but we don’t have official numbers yet,” he added. “But up to this day, we so far have distributed around 80,000 tonnes of local wheat.”

Aboul Dahab said that there are no fears of the approaching Ramadan season since the government will be relying primarily on its domestic harvest. “With the falling foreign currency reserves, the plan is to depend more on the country’s local production; that’s the only way to cope with the situation,” he explained.

The United States Department of Agriculture however predicted in an April that Egypt’s wheat stocks would fall below 1mn tonnes by 30 June.

The government announced two months ago its plans to increase reliance on domestic harvest in an effort conserve hard currency. Egypt’s foreign reserves hit a low of $14.5bn earlier this year, compared with $36bn on the eve of the 25 January Revolution. Due to this evaporation of international reserves, Egypt was forced to cut down on its purchase of wheat imports from 10mn tonnes per year to 4-5mn tonnes.

As the world’s largest wheat importer, Egypt’s ailing economy has also prompted it to request assistance from a number of countries, the most recent of which being France, state-run Al-Ahram said on Wednesday. Egypt requested assistance in storing grain and easier payment terms.

The country’s wheat imports reached 3.3mn tonnes in the last fiscal year ending 30 June. In January, 400,000 tonnes of wheat were imported from the US, France and Romania to cover the first six months of 2013. The auctions were delivered in January and February.

Minister of Supply and Domestic Trade Bassem Auda announced three weeks ago that a total of 79,285 tonnes of locally-produced wheat have been distributed so far in 2013.

“A number of measures are currently being taken to ensure that high levels of locally produced wheat under distribution remain stable,” he said.

“Additional support is being set aside and provided to the country’s screening and sorting committees until the end of the distribution season in mid-July, in addition to tightening market controls in all of Egypt’s provinces.”

The measures would include speeding up the process of screening and sorting wheat supplies, and paying for their cost immediately upon export.