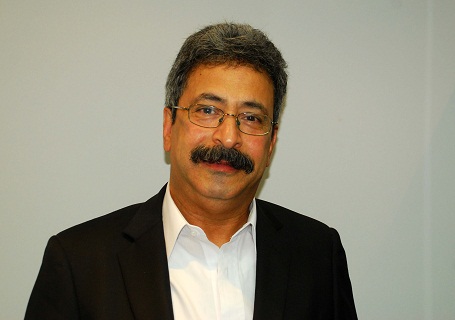 Writer Osama Ghareeb did not know he had already been sentenced to one year in prison by a Cairo court until being summoned to Moqattam Police Station on Wednesday, according to the writer’s Twitter account.

In a personal tweet, Ghareeb stated he was summoned to the Police Station on Wednesday to be told a court verdict was issued against him. He was told the charge, which sentenced him to a year in prison and fined him EGP 10,000, involved libel and defamation.

Ghareeb is a columnist at independent daily Al-Tahrir.

“I’m unaware of the lawsuit as well as the plaintiff,” Ghareeb said in a personal tweet. “I wasn’t even notified regarding an investigation or a court session. How is it possible for a court verdict to be issued against me without my knowledge?”

Ghareeb stated he contacted Islamist lawyer Essam Sultan to “see what could be done about such verdicts which befall people without prior alarm”. Sultan, deputy chairman of the Islamist Al-Wasat Party, could not be reached for comment.

Ibrahim Mansour, acting chief editor of Al-Tahrir, said that former minister of interior Mansour Al-Eissawi filed a report against Ghareeb accusing the columnist of insulting him in a column he wrote for the newspaper. The column criticised Al-Eissawi, Mansour said. He added that Ghareeb would be acquitted if he paid the fine.

“I’m totally against such verdicts which restrict the freedom of expression,” Mansour said. Ghareeb could not be reached for further comment.

Abeer Al-Saady, Press Syndicate board member, stated she was unaware of Ghareeb’s verdict. She nevertheless said that this comes as yet another “blow to the freedom of expression”, a matter which reached its “peak” during the reign of President Mohamed Morsi.

Ghareeb was held at the police station until Thursday morning when he was transferred to the Moqattam prosecution in Zeinhom for investigation.