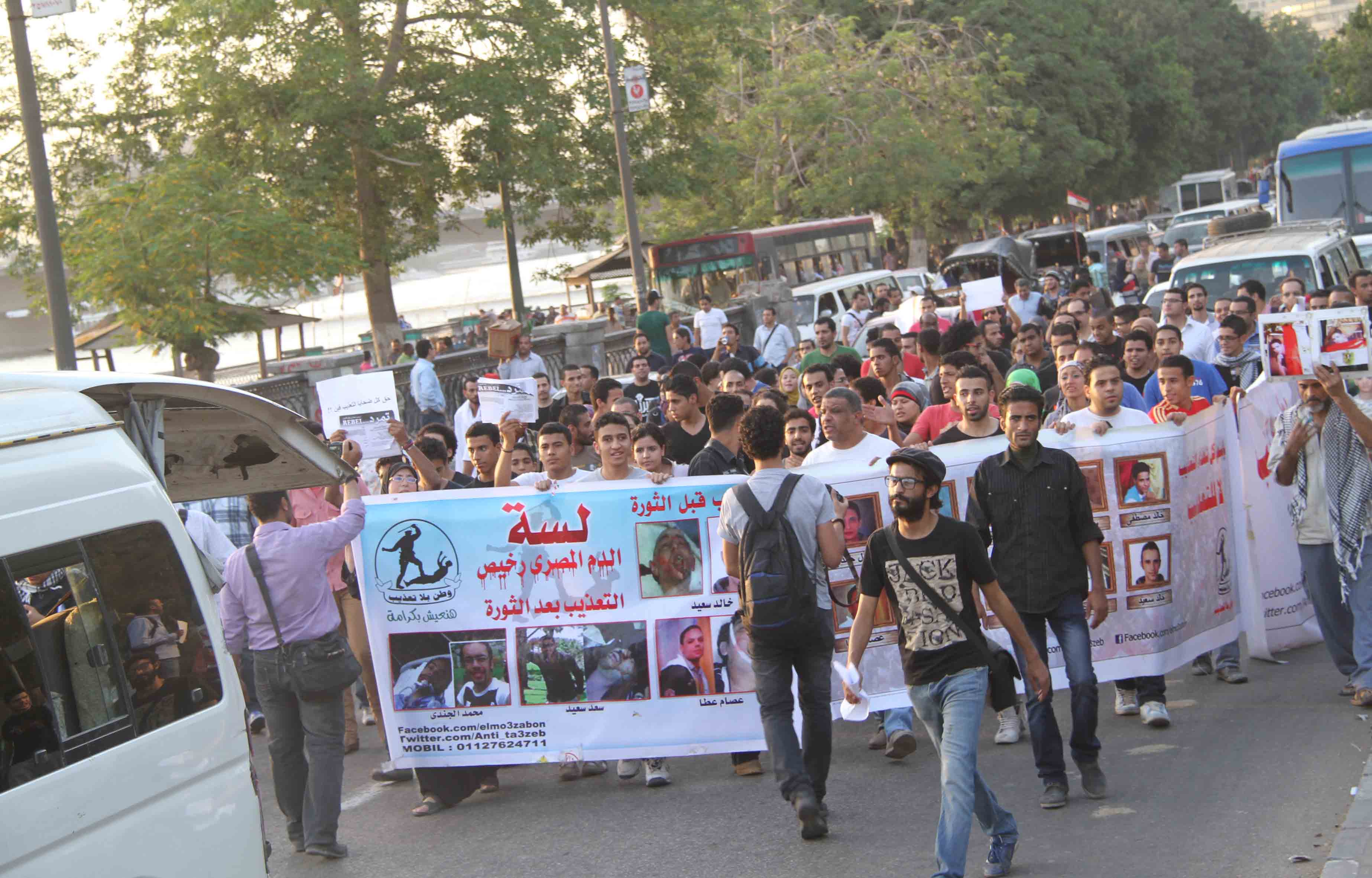 Several parties and movements commemorated the anniversary of Khaled Saied’s death on Thursday in several governorates.

In Cairo, the Free Egyptians Party organised human chains wearing black and holding candles on QasrAl-Nil Bridge to commemorate the death of Saied who is considered one of the reasons behind the 2011 January revolution.

The party also organised another human chain in front of Saied’s house in Alexandria.

“There were two marches from Zizinia and Al-Qa’ed Ibrahim mosque in Alexandria, they stopped under the house on Thursday afternoon” said Zahra, Khaled Saied’s sister.

The protesters showed a short presentation about Khaled Saied, revolutionary martyrs and victims of torture.

NGOs and movements including Tamarod and a Nation without Torture participated in the march.

Other protests were held in Suez, Damietta, Behaira, and Kafr El-Sheikh as well as in front of security directorates in Gharbeya and Assuit among other governorates. Some held banners demanding harsh punishment for Saied’s murderers while others chanted against the regime calling for participation in 30 June protests organised by the opposition.

Saied was allegedly dragged outside an internet cafe and beaten by two policemen in Alexandria in 2010; they smashed his head against marble stairs which led to his death, according to witnesses. The police then claimed he was a drug dealer who had choked on a packet of drugs he swallowed.

The trial of the two policemen accused of killing Khaled Saied will resume on 6 July.