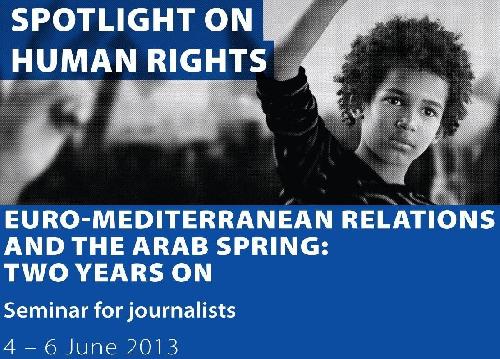 “A real democratic dialogue and elections in accordance with international standards” these were the conditions laid ahead of Egypt for receiving 5bn Euro in aid from the European Union, according to Michael Mann, Catherine Ashton’s spokesperson.

He added that the EU is well aware of the situation in Egypt, “The High Representative for Foreign Affairs and Security Policy Catherine Ashton visited Egypt and spoke with President Morsi and the opposition; she stressed the importance of negotiations to avoid violence on the streets.”

Mann added that the EU acknowledges that democratic transition in Egypt is facing difficulties. “We don’t want to lecture Egypt; we want to help Egypt draft NGO laws and encourage dialogue between parties but whenever journalists are arrested we will condemn it; that doesn’t mean our stances have changed” he said.

His statements were part of a seminar on Euro-Mediterranean relations two years after the Arab Spring. The seminar was hosted by the European Parliament in cooperation with the European Commission from 4 to 6 June in Brussels.

Mann said that after Mubarak’s regime was ousted there have been many positive steps welcomed by the EU; these steps include parliamentary and presidential elections as well as the drafting of a new constitution, according to state news agency MENA.

He added that some mistakes may have been made and some people think the presidential elections were held “too soon”.

When asked whether Arab Spring countries were shifting to Asia for funds instead of Europe Mann said that the more a country takes steps towards reform the more it’s encouraged by other countries.

“The 5bn Euro are offered by the European Investment Bank and the European Bank for Reconstruction and Development; but this financial assistance depends on how Egypt upholds its commitments” he said.

He added that the EU had future projects and a budget for seven years ahead, “we are not against Arab Spring countries seeking funds from other regions or countries.”