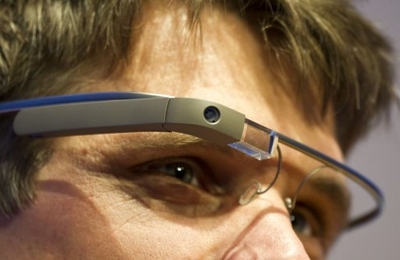 AFP – Google chief Larry Page assured investors that privacy fears about the company’s coming Internet glasses will fade as people incorporate the eyewear into their lives.

“People worry about all sorts of things that actually, when we use the product, it is not that big a concern,” Page said while fielding questions at an annual shareholders meeting at the company headquarters in Silicon Valley.

“Obviously, there are cameras everywhere,” Page said, after taking a quick poll to find that nearly everyone at the gathering had smartphones capable of taking photos.

“I love using Google Glass,” he continued, noting that the company had “gone through some pains” to safeguard people’s privacy.

Google last week put out word that it won’t allow facial recognition capabilities in applications being tailored for Glass at its release expected later this year.

“We won’t add facial recognition features to our products without having strong privacy protections in place,” Google said in an online message aimed at software developers creating applications for Glass.

“With that in mind, we won’t be approving any facial recognition Glassware at this time,” the message continued, revealing how the company intends to refer to software designed for the devices.

In May, a group of US lawmakers asked Google to answer questions on the privacy implications and possible “misuse of information” of its Glass project.

Some small establishments in the United States have vowed to ban Glass due to worries about how being able to discreetly take pictures or video might be seen as invasive by patrons.

Facebook, Twitter and major news organizations have already tailored applications for Glass, which has only been made available to developers and a limited selection of “explorers” who paid $1,500 each for the eyewear.

Envisioned uses range from practical tasks such as shopping or delivering local weather reports to sharing real time video streams or playing augmented reality games in which the world is the board.

Glass connects to the Internet using Wi-Fi hot spots or, more typically, by being wirelessly tethered to mobile phones. Pictures or video can be shared through the Google+ social network.