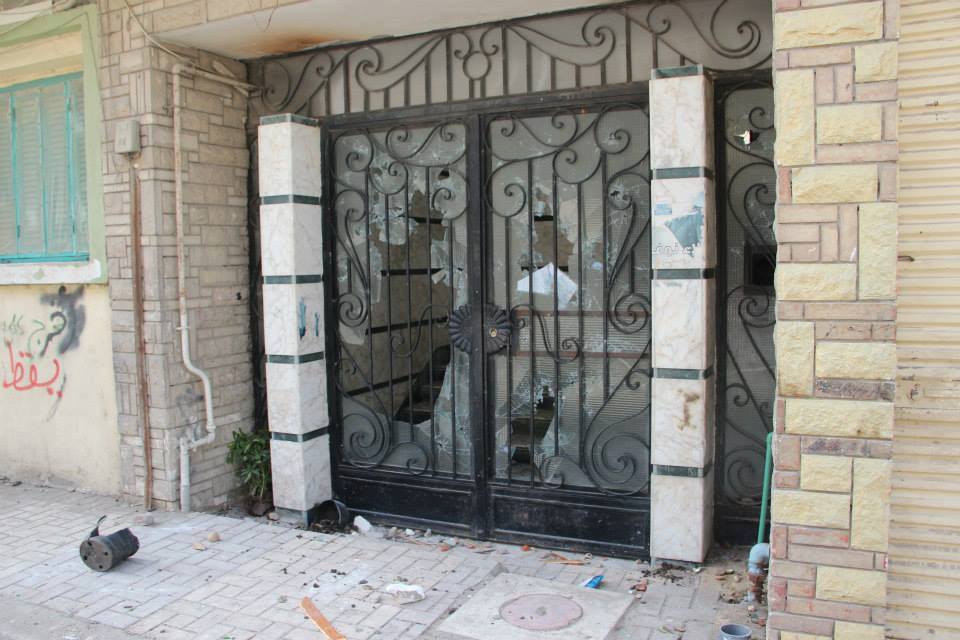 A number of protesters attempted to break into the home of Freedom and Justice Party (FJP) leader and Shura Council MP Gamal Heshmat in Beheira late on Friday. The attack was alleged to be a response to Muslim Brotherhood attacks against opposition protesters on Thursday.

The office of Heshmat released a statement on Friday condemning the attacks.

“Youth from the Al-Dostour Party, Al-Tayar Al-Sha’aby and Tamarod campaign were holding a protest on Friday before heading to Heshmat’s home, pelting it with stones and trying to storm it,” the statement read.

The MP’s office stated that this was an indication that the protests on 30 June planned by Tamarod will not be peaceful and will lead to “violence, brutality and destruction”.

The FJP in Beheira also blamed Tamarod for the attacks on Heshmat’s home according to a statement released by the party which also accused Tamarod and other political movements of attempting to drag the country into violence.

The Islamist party thanked the people of Beheira who defended Heshmat’s house.

“Tamarod is a peaceful movement, we don’t attack people; all what we have done was call for protests on 30 June which is our constitutional right,” said Hassan Shahin, Tamarod’s spokesperson.

More than 24 were injured in clashes at the Lawyers’ Syndicate in Beheira on Thursday. Members of opposition parties were attacked when they tried to attend a seminar by the Union for Professional Syndicates.

The clashes were followed by news of a fire at the Tamarod’s headquarters in Downtown Cairo. Tamarod blamed the brotherhood for the fire.

“The headquarters was examined by investigators on Saturday. We filed a report and it is in the hands of the prosecution now,” Shahin said.