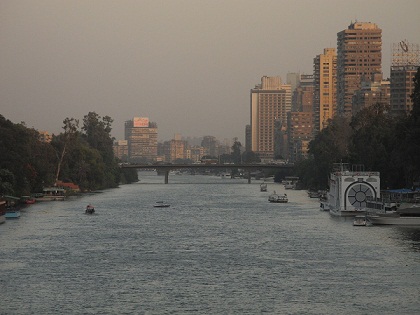 A presidential adviser has called on Egyptians living abroad to “contribute to the national defence of Egypt’s right to Nile water.”

In statement published on Sunday, Ayman Aly, President Mohamed Morsi’s adviser on Egyptians living abroad, asked for contributions from the expatriate community “whether they be ideas or visions.”

The adviser’s comments came after his participation in the second meeting of the Egyptian Foreign Policy Forum, entitled Activation of Egyptian Soft Power in Light of the Current Challenges.

Aly was joined in the forum by Minister of Foreign Affairs Mohamed Kamel Amr and Assistant to the President on Foreign Relations Essam El-Haddad. The presidency’s statement on the forum stressed “the constructive role played by the Egyptian community abroad and Egyptian students.”

El-Haddad recently travelled to London to begin preparations for Morsi’s visit there, which is expected to occur in July, although no official date has been announced. During his visit El-Haddad gave a televised interview to Sky News last Thursday, discussing the issue of the under-construction Grand Ethiopian Renaissance Dam.

El-Haddad stressed the need for “diplomatic and political efforts to form a partnership for all nations”. He added: “It would not be totally acceptable to talk about the military option if you do not explore other options.”

The adviser highlighted the importance of the Nile to Egyptian life and referred to two agreements signed in 1929 and 1959, which allocate Egypt the largest share of this water. He stressed that Egypt is not against the construction of the dam and is even willing to assist Ethiopia, as long as it does not affect Egypt’s water interests.

Ethiopia began diverting water from the Blue Nile, a major tributary of the Nile, at the end of May. There are fears in Egypt and Sudan that the construction of the dam will have a detrimental effect on the water share for countries downstream.