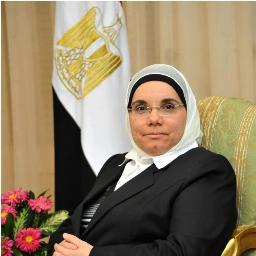 Adviser to President Mohamed Morsi for political affairs Pakinam Al-Sharkawy defended the presidency’s democratic roadmap in a statement on Sunday.

“Sometimes when it is difficult to absorb the reality and its complexity increases, we need to understand it and identify the real dimensions of the current scene and ask ourselves a major hypothetical question: what if?” read the statement.

“The transition would be much smoother, milder, with less violent tension,” said the adviser in the statement issued on Facebook. She added that the drafting of the constitution would have been less controversial if the parliament had not been dissolved.

She defended President Morsi’s November constitutional decree, saying if he had not protected the country’s second attempt at a constituent assembly that it would still be seeking consensus in creating a third one.

Despite the challenges that arose with the dissolving of the lower house, according to Al-Sharkawy, consensus was being achieved and different political factions were coming closer together.

“Within a few months Egyptians will take part again in free and fair parliamentary elections,” she said, saying that the new House of Representatives would be a “new brick” in Egyptian democracy.